Your People are Your Brand – Brand Strategy 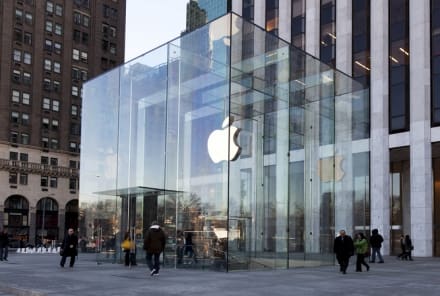 A brand’s behaviour and strategy are exposed to the outside world. Consumers are no longer passive recipients of information that brands cast their way; they are intelligent and informed. As a result, it is crucial that brands behave consistently with their values. Everyone associated with a brand must understand and share the brand’s values and in turn act consistently with these at all times. This is necessary because the actions of employees and others associated with a brand affect the perceptions that people have of the brand and the values that it represents.

The alcoholic drinks giant Diageo hit the news this week, accused of using blackmail to prevent the British Institute of Innkeeping presenting the ‘Bar Operator of the Year’ Award to BrewDog, a Scottish, independently owned, brewery. In a controversial twist the alternative winners refused to accept the award as ‘BrewDog’ had been engraved on the trophy.

BrewDog exposed the incident revealing that ‘one of the judges (seated at our table) told us in disbelief ‘this simply cannot be, the independent judging panel voted for BrewDog as clear winners of the award’. The BII later admitted that Diageo had approached them threatening that ‘under no circumstances could the award be given to BrewDog. They said if this happened they would pull their sponsorship from all future BII events and their representatives would not present any of the awards on the evening.’

BrewDog expressed its anger on its website and Twitter, resulting in the story becoming a global trend under the hashtag (#AndTheWinnerIsNot), with many people expressing their anger towards the actions of Diageo.

Diageo released a statement apologising: “There was a serious misjudgment by Diageo staff at the awards dinner on Sunday evening in relation to the Bar Operator of the Year Award, which does not reflect in any way Diageo’s corporate values and behaviour”.

From a brand management perspective, whether or not the actions of the staff involved reflected Diageo’s values and behaviour is irrelevant. In the minds of the public, a company’s brand values, morals and culture are represented by the actions of everyone within the organisation.

Companies can no longer simply claim to have certain cultures and values- they must live and breathe them. They must have a full brand strategy. In the past a brand’s behaviour was shielded from the view of the outside world. The consumer had no idea what was really going on inside the company. Companies used tools, such as advertising, to communicate their chosen external brand image to their customers. This worked because the public had little access to information and word of mouth spread through one to one contact only.

Nowadays, the internet has turned the company’s shield into glass, exposing the behaviour of the company and the actions of individuals within the company to the outside world. Furthermore, social media has enabled the rapid spread of word of mouth at an exponential rate across the globe. As a result, brand images are no longer externally controllable. Brands must be authentic and behave sincerely at all times.