Its been a few weeks since we last saw the 4th year Design students at DJCAD where we had delivered the introduction of this year’s project – Creating a brand for themselves. What was it about them that was special or different and what inspired them?

We were eager to see what ideas they had come up with and we weren’t disappointed. From the outset it was clear that as a group they had thought deeply and carefully about what a brand was and how to interpret their essence into one. A fundamental aspect of a designer’s role is to test assumptions and for these young designers they’re learning that already. A number of them had taken personality tests to see what came back. They also engaged their friends, family and peers for responses. To test their own ideas and compare how others viewed them beyond what they perceived themselves.

We’ve highlighted just a few below. 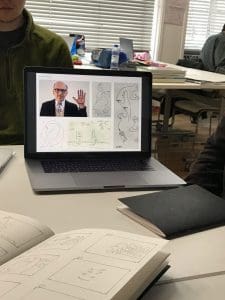 Boyd Cunningham is inspired by 1950s music and by continuous lines and has elegantly turned his initials into a clear and continuous single line incorporating a clever nod to musical notes/nomenclature. 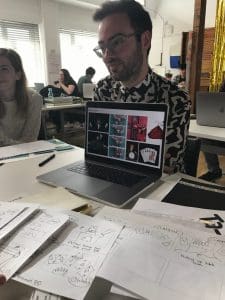 Jamie Stein’s extrovert personality is attracted to the magic that design can create which has lead him to name his brand “Ta-Da”. 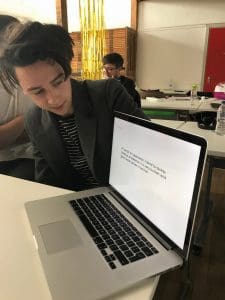 Ally Kelly, a bold and dynamic glaswegian, is interested in world affairs and has turned this global perspective into a very current, modern and impactful “now”. 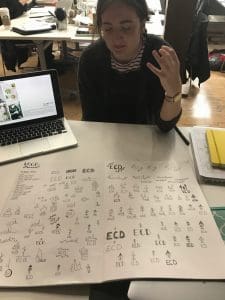 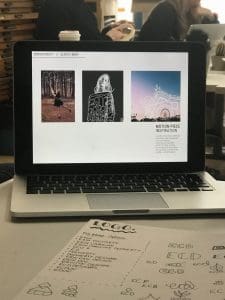 Erin Doherty is inspired by plants’ ability to nurture, heal and grow. She sees a lot of comparisons between herself and these qualities and is using this as a useful metaphor for depicting her brand. 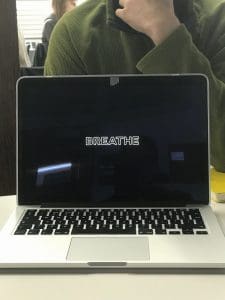 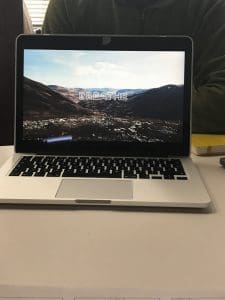 Stuart Butler wants to showcase his photography and allow elements to have some room to literally “Breathe”. This has been achieved by having the letters act as a window to what’s behind them. 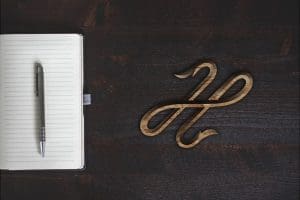 Tom Lones Heggdal feels passionately about his Norwegian ancestry and culture. He also identifies with being an explorer; well there’s not much a better example than Vikings that I can think of.

And we really could just keep going with more examples – there were so many excellent concepts. Across the board there were a wide variety of responses and many examples of unique personalities. Some chose simply to use their own name, others tweaked and played with their names and still others created something completely different as seen above.

We feel we’re on this journey with them and what a ride – we look forward to the next destination and cannot wait to see their motion presentations when we next catch up.