A Bloody Battle or Branding Genius?

With Game of Thrones over, we’re all looking for a mystical battle fix, even if it’s from centuries past. Most people are at least aware of The Wars of The Roses – the series of civil wars for the English throne between the House of Lancaster and the House of York. According to most history books, Henry Tudor conquered England after thirty years of bloody battles and rid the nation of the evil Richard III. But was it true? Or was it a stroke of branding genius?

…or not, as the case may be. It is widely accepted that thirty years of war between the Lancastrians and the Yorkists consumed England during The Wars of The Roses. While it’s not entirely false – the battles were fought roughly over a thirty-year period – the actual time spent fighting is now thought to be around thirteen weeks and, according to a recent BBC programme, only consisted of around eight battles. Not quite what history has previously told us, eh? And there two very good reasons for that: first, it tells a good story for the resulting Tudor dynasty, and just as importantly, the death toll was notoriously high.

The Battle of Towton (29 March 1461, relatively early on in The Wars of the Roses) has gone down in history as “probably the largest and bloodiest battle ever fought on English soil” . It also holds the rather morbid record for the largest number of people estimated dead on the first day of battle at 28,000 in total. For comparison, 19,000 were killed on the first day of The Battle of The Somme. In 1461, 28,000 people added up to 1% of the entire population of the country. It’s quite difficult to have thirty years of war when you have no soldiers left to fight.

The Battle of Bosworth Field was the last big battle of The Wars of the Roses fought on 22 August 1485 – more than 20 years after the Battle of Towton (both sides had replenished their armies by then). Here, Henry VII killed Richard III and took the crown. Legend tells us that Henry was crowned on the battlefield using the crown Richard was wearing as he rode into battle. Now whether or not that actually happened we’re not sure – but we do know that Henry VII employed several writers to portray the battle favourably , and for good reason. Usurping a Yorkist King by right of conquest wasn’t a particularly legitimate claim to the throne, especially when Henry’s ancestral legitimacy was dubious at best. Any claim he had to the throne came from his mother and the House of Beaufort, which was less favourable than a claim passed down through the male heirs. This was further complicated by Margaret Beaufort (Henry’s mother) being of illegitimate descent as her ancestors were born outside of marriage . Henry VII had several issues surrounding his right to rule that needed to be resolved in order to secure the throne. He needed to create a favourable story and brand for people to rally behind.

The Tudors: Branding a Dynasty

And so the branding campaign begins. Henry VII won the Battle of Bosworth Field on 22 August 1485, but Parliament records indicate his reign began on 21 August 1485. This portrayed him as the current King simply taking back what was already his from Richard III rather than depicting him as an illegitimate usurper stealing the crown from a legitimate heir.1

We’re already aware that several writers were employed to portray his victory in a positive light, using tactics like demonisation of Richard III. One of these writers was John Rous, the creator of Historia Regum Angliae (History of the Kings of England). In this book, he compares Richard III to a scorpion, a “freakish individual” and accuses him of the murder of his own wife. However, in the Rous Roll which he wrote during the reign of Richard III for Richard III’s wife, Rous described the then-king as a “good lord” who punished “oppressors of the commons” , strong evidence suggesting that ‘history’ was malleable and changed depending on who was in power at the time. This was something that the Tudors leveraged to increase their power and improve their public image.

With his dubious heritage, Henry VII needed a marriage that reinforced his claim to the throne and reduced the risk of him being overthrown by the Yorkists in the future. With this in mind, he married Elizabeth of York (daughter of Edward IV) on 18 January 1486. Not only was she legitimately royal, but uniting two feuding families almost guaranteed that the Yorkists wouldn’t push another claim for the throne. Coverage of the wedding was EVERYWHERE. It was touted as the most important marriage in history and painted Henry VII as a saviour who united the two families and therefore saved the country from war, all of which was crucial for maintaining the image that Henry was the good guy.

Most people will recognise a Tudor Rose – if you need a reminder have a dig around for an English 20p coin and you’ll find one there: 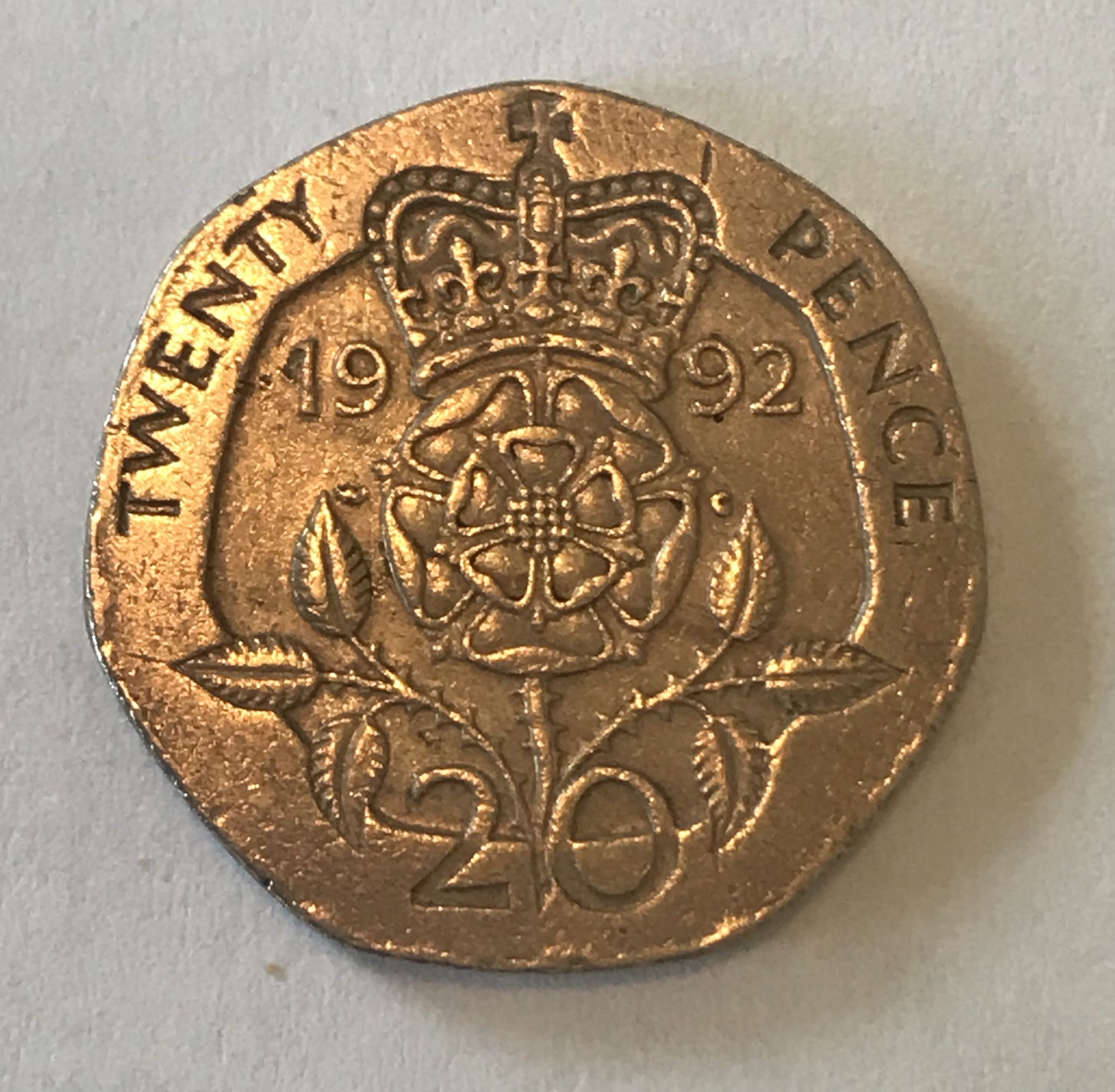 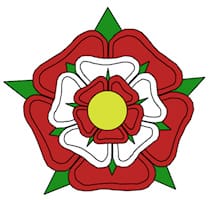 Henry went to work promoting the new Tudor ‘brand’ immediately. The most famous example of this is King’s College Chapel in Cambridge. Construction began under the reign of Henry VI but was finished with a large cash injection from Henry VII. Henry made the chapel an homage to the Tudor brand almost above all else. If you visit the chapel (and you should – it’s beautiful), you’ll notice that Tudor Roses, in one form or another, fill the space. Most notably, the rose appears in the masonry topped with a crown, symbolising the royalty of the rose, and therefore the Tudor line. Paying for the remainder of the chapel’s construction carried on the work of Henry VI (famously known as The Royal Saint) and added divinity to the Tudor name. Alongside the other awareness-raising tactics employed, featuring the Tudor brand so prominently in a religious setting was highly symbolic and implied that Henry VII’s ascent to the crown was not only legitimate, but by divine right.

The Tudor Rose has been used and associated as a royal symbol ever since – it featured prominently in propaganda supporting Elizabeth I’s claim to the throne (because she also had the legitimacy problem to contend with), it’s the floral badge of England, it’s still on Yeoman’s Guard uniforms, it appears on currency even today, nearly six centuries after its inception. Henry VII put an enormous amount of effort into creating a long-lasting and memorable ‘brand’ in an era before the concept of branding even existed.

While brand agencies may not have played a role in Henry VII’s strategy back then, they certainly can propel your brand forward today. Elastic might not be able to make your brand royal – but we can certainly make it long-lasting and memorable. Ready to take your brand to the next level? Get in touch today!