As Five Guys opens in Edinburgh it made me pause and think – has the burger reached maximum market saturation yet? 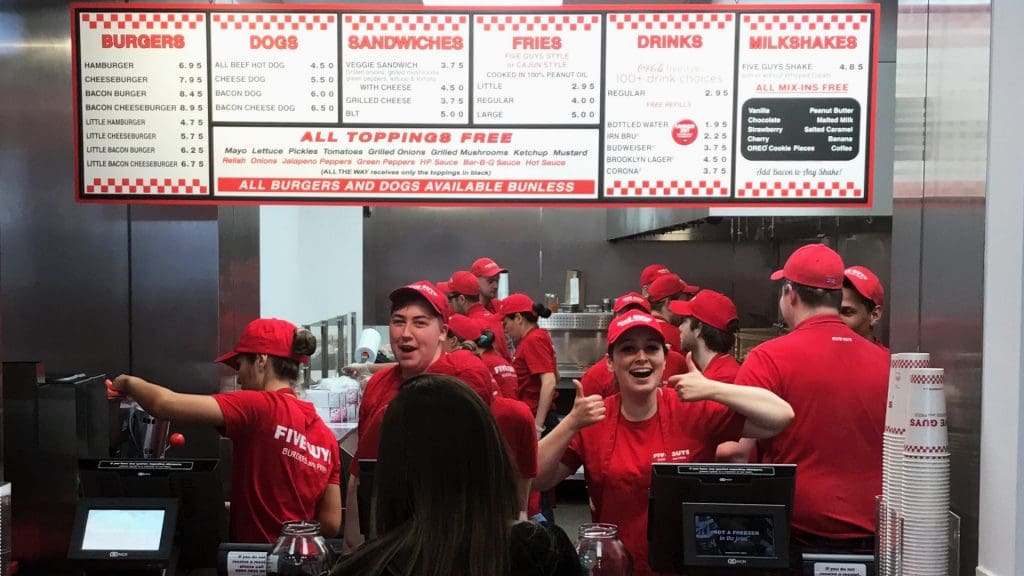 The crew at Five Guys, hard at work.

(Actually I really paused to consider when exactly I could get there and try out one of their delicious burgers.)

You only need to walk five mins in any direction and you will find Bread Meats Bread, Byron Burger, Gourmet Burger Kitchen (GBK), Burger and all the restaurants and cafes that now have burgers on their menu; and I can think of a lot.

Which is great if you like burgers isn’t it? And it appears many people share this view.

Some argue that this limits diversity – that we have enough burger joints. I’m sure some said that about coffee places too and yet more keep opening and they all seem to do very well. This area continues to increase 20 years after cafe culture first properly arrived in Edinburgh and shows no sign of slowing down.

In Edinburgh we’ve got plenty of diversity when it comes to food – we’ve got African, Caribbean, Japanese, Greek, Turkish, Nepalese, Vietnamese, Italian, Thai, French, Mexican, Chinese, and South African to name a few.

Does this mean that we’re in the middle of ‘burger culture’ ?

For example hats off to GBK for their often surprising and interesting accompaniments and ingredients. Team members here too are big fans of Bread Meats Bread. And others would swear by Burger.

On the other hand, Five Guys are embracing the Americana fast food diner look and feel, and have established a growing loyal audience. 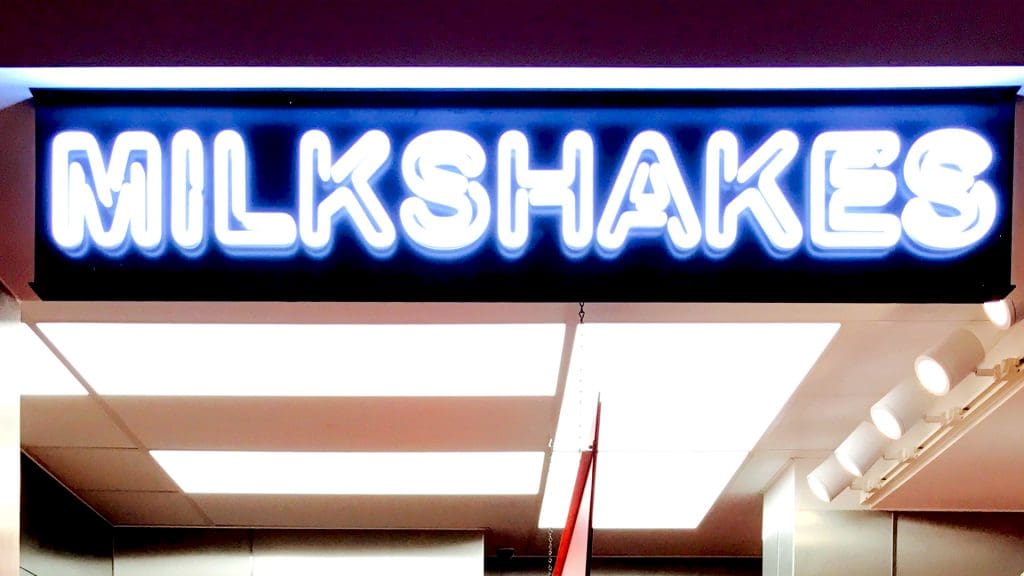 These did in fact bring all the boys to the yard.

We can trace the origins of this, in Edinburgh anyway, to Wannaburger which was the first of this new wave of fast food burger alternatives – promoting fresh and healthy over speed.

Ironically they closed last year just as a new set of burger joints started opening up. It’s a shame they haven’t been able to stay with it. Classic tale of first to market is not always the winner.

Has Edinburgh always had a ‘burger culture’?

But hold on a minute some of you might say – what about Bell’s Diner in Stockbridge? An absolute Edinburgh institution; Bell’s is a small sit-in restaurant that really mostly does just burgers – and have been doing so for 45 years!

Their unassuming approach has generated a devoted following; they’ve kept it incredibly simple – but have also kept it incredibly good. They’ve stayed independent with just the one location. Bell’s is still usually fully booked many nights. They certainly have created a legacy but for whatever reason this trend for others didn’t appear to hit until about 10 years ago. Edinburgh has always loved burgers – it just didn’t know how much until recently.

It seems that there will always be those that want to write off trends – but looking around they all seem to be busy – making their customers happy, and, with the other two guys I was with, we all gave these Five Guys five stars.

Perhaps next month I might return to Bell’s or even Burger – seems that as long as they keep putting in the effort then customers will keep coming.