1997 was a big year for digital. Steve Jobs re-joined Apple, WiFi was introduced, IBMs Deep Blue computer wins that infamous chess game and the Nokia 6110 is released giving us the first mobile phone with Snake pre-installed.

Not so well known, is the launch of the first ever social media site SixDegrees.com. And from there, social media has skyrocketed.

There’s no denying that social media has benefited society in huge ways by increase social connections, increasing availability of information, increasing sharing of ideas and creativity and everything else that comes along with it. But you don’t make an omelette like that without breaking a few eggs.

The Education Policy Institute recently released a report reviewing the evidence of social media’s effects on the mental health of young people and the results were quite eye opening. Concerns over the excessive time young people spend online, cyber-bullying and harmful content have grown alongside the growth of social media. And with rates of depression having significantly increased over the past 25 years, we need to ask – has social media contributed to this?

Other than excessive amounts of time spent online, what else about social media could be contributing to this?

25% of young people (16 – 24) in the UK experience anxiety when they’re not online. The FoMo phenomenon (Fear of Missing out) can apply to anyone but is more likely to occur in people under the age of 25 who are classed as excessive Internet users (use the internet for more than 6 hours outside of school/work on a typical weekend day). Well that’s almost 40% of the UK population. On weekdays a quarter of the UK population spend more than 6 hours online. For a large number of people, their entire lives are online so it’s not surprising when you remove that people feel anxious, stressed, upset, concerned that something is going to happen without them. You can test your own levels of FoMo here. Elastic’s results are below: 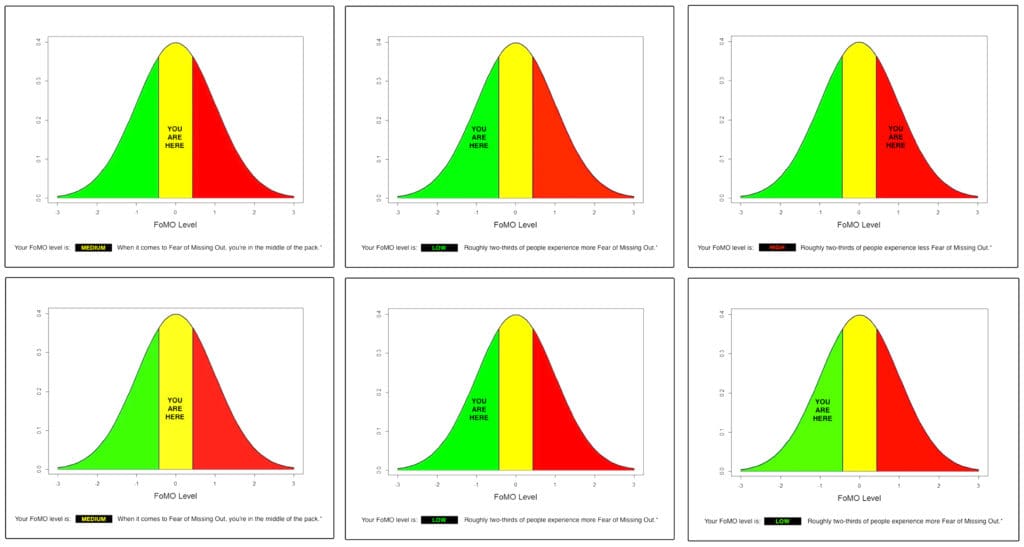 Social media has had a significant impact on how we view privacy. As someone who works with social media, I know that as soon as you create an online presence, even with the highest security settings, you can be found, targeted, advertised to the works. Researchers looking into the effects of social media on behaviour have also noted an ‘online disinhibition effect’ where we become braver, we’re more likely to display intense emotions and share more personal information because we feel we’re somehow disconnected from that behaviour. It didn’t happen face-to-face so it’s easier to sweep from your mind.

The bullies have gone online

Cyber bullying can be connected to this online disinhibition effect. 12% of 9-16 year olds have experienced cyber bullying. Now that doesn’t sound like a large number, but it’s increased by 4% over as many years and this only deals with the case that have actually been reported. Research suggested that more than half of people who experience cyber bullying know the person bullying them. Which means that there are a huge number of people who are being attacked by a complete stranger. And with the online world functioning 24×7, there’s no break from it. Which obviously has a negative impact on someone’s wellbeing.

Distorted body image isn’t a new issue, especially in young people. But the rise of the ‘selfie’ and the easy of which images can be passed around the internet makes it far easier to be caught in this mindset. Manipulated images aren’t new in magazines but the same images being shared by an individuals personal contacts has a stronger effect on a young persons self-esteem when compared to images found in magazines, newspapers or organically online. Increased prevalence of self-esteem issues is also more common in girls when compared to boys.

So can we really associate the growth of the digital world with increased prevalence of depression and anxiety? Actually yes we can. 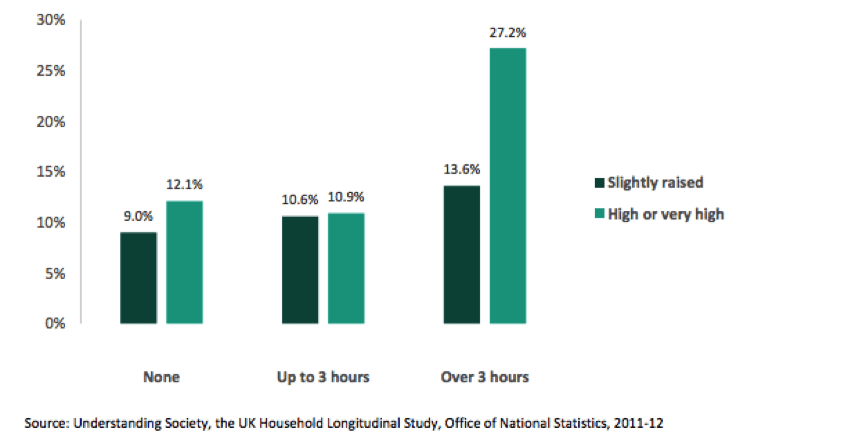 I’m not saying we should ban social media. It would be counter productive to people’s lives. And I’d be out of a job. But maybe we need to look at more in-depth education around online behaviours and even looking at educating children more about self-esteem and how to deal with negative situations as they occur.