I recently took a stroll through Edinburgh’s Old Town and as I hadn’t been in this part of our city for a while, and it was cool to see what was going on. Apparently way back in 2016 (!?) former Python Terry Gilliam visited Edinburgh to unveil a quote taken from Cervantes’ Don Quixote written in neon along the street. He had been helping celebrate Edinburgh’s Words On The Street project for the Edinburgh City of Literature initiative. Well, I totally missed that and clearly haven’t been in this part of town in a long time. Too long, in fact, as walking around the Royal Mile and surrounding area (including The Arches) was a brilliant reminder of why this city is so special. 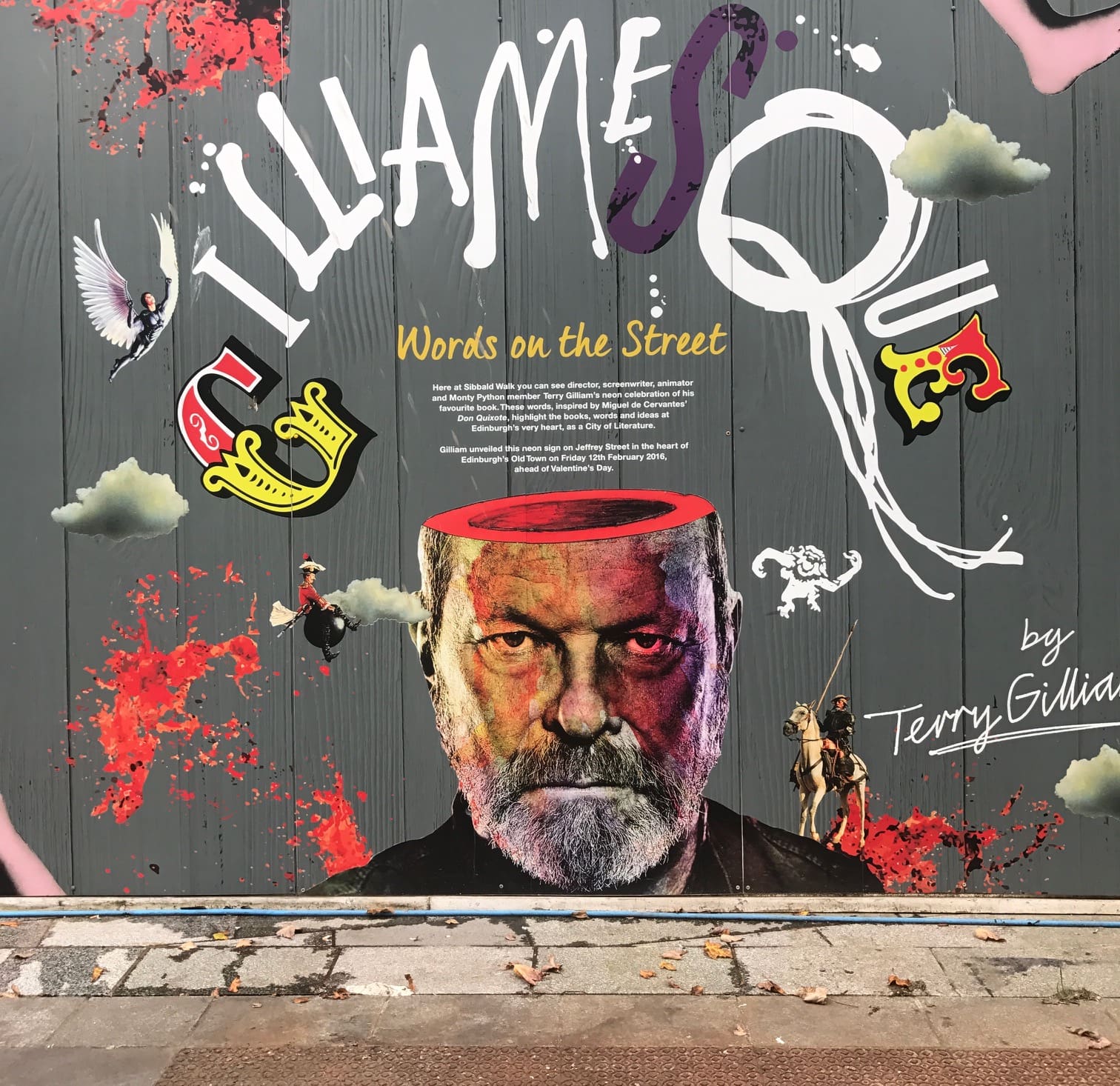 It’s full of so many diverse places and spaces with loads of shops and cafes and galleries to visit. Doing it on foot is highly recommended, as there is so much to explore, see and consider right at eye level. In doing so, I also spotted this mural for The Bongo Club that stood out in beautiful contrast to its monochromatic stone and brick surroundings. I remember when this was one of THE places to be back in the late 90s when it was on New Street. Now it’s in the Cowgate and appears to still be going strong. Great to see how things change yet stay the same, and I really must get back here soon. 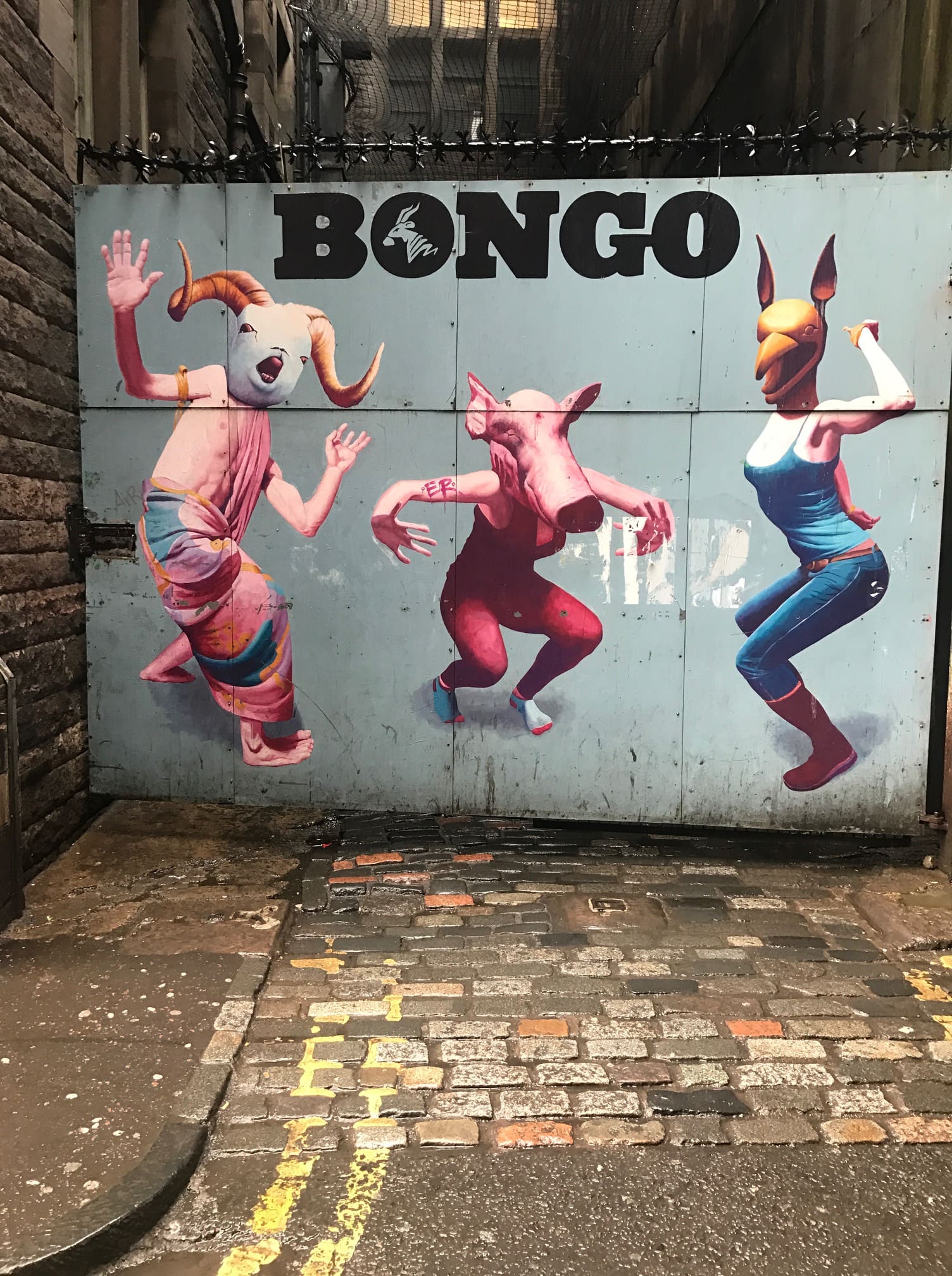