Are You ASA Ready?

As the ASA announces new regulations that will prohibit many common forms of sexism in adverts, reactions from the public (and from advertisers!) are mixed. Proponents see the strong but often-invisible effects of advertising on society (children in one test experienced feelings of cognitive dissonance when shown images of girls playing with Lego, thanks in large part to adverts reinforcing the idea that only boys should play with the toy), while detractors claim this is an example of political correctness run amok.

One thing to remember, though, is that these changes are actually not as drastic as they seem: in reality, they just codify the rules that the industry has been (mostly) abiding by for several years. Officially, the changes were made in response to the ‘Beach Body’ controversy of 2015 following the debate over Protein World’s ads that didn’t break any rules but generated hundreds of complaints by viewers and 70,000 signatures on a petition to have them removed. The ads were pulled for unrelated reasons (unsubstantiated health claims), but the ASA lacked any grounds to pull them for objectification or sexism because the rules were simply not in place. 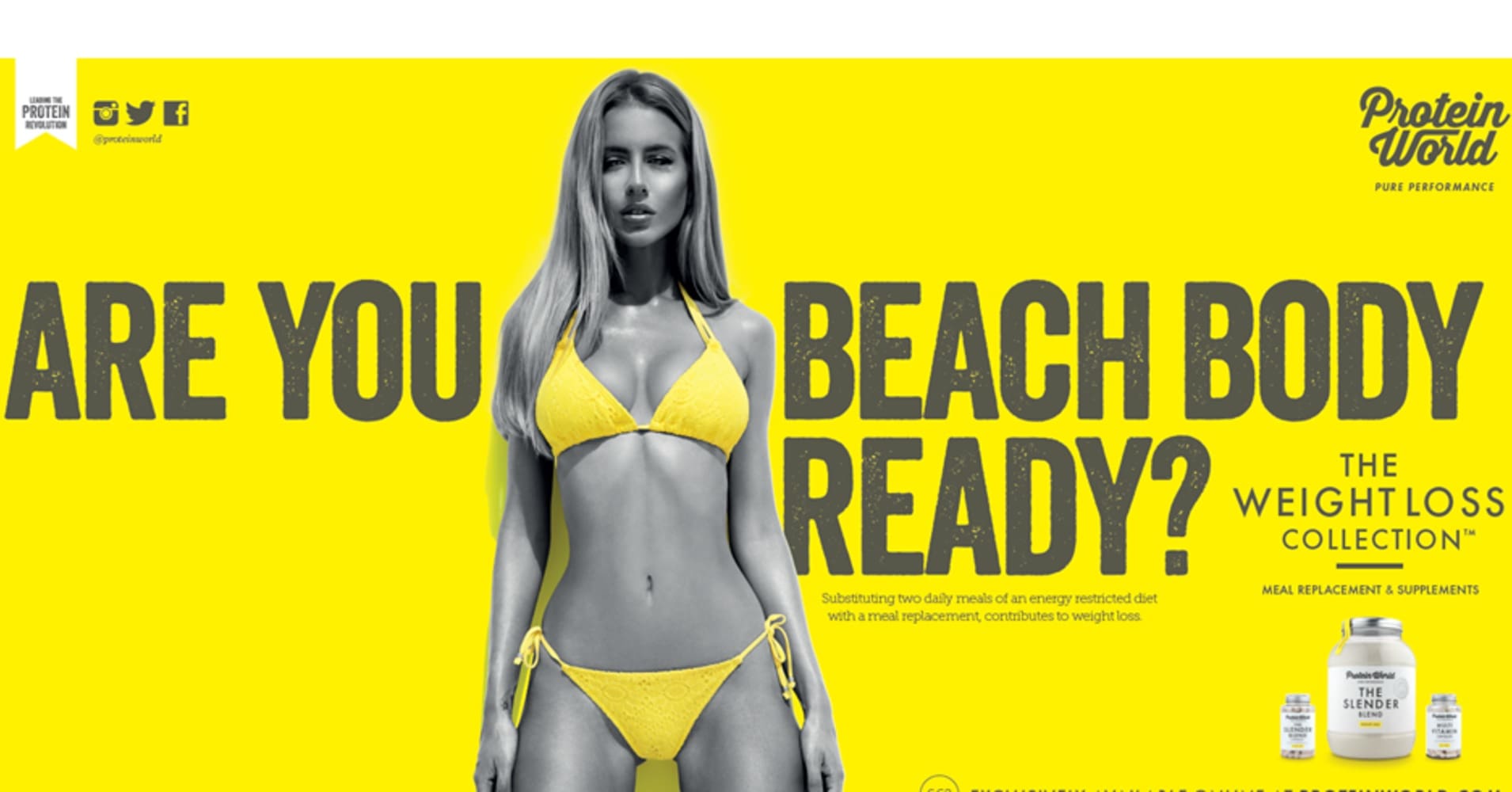 Critics of the new policy claim that brands should be allowed to run ads they deem fit and that ads don’t shape society. Let’s take a step back and examine these claims. First of all, marketers can’t have it both ways: either marketing DOES influence society (by generating sales, driving awareness, and more), or… it doesn’t affect society and marketers should all be out of a job. It’s clear that marketing (from billboards to newspaper ads and everything in between) does have an impact on society and on consumer spending and more, so is it really a stretch to understand that it also can have an impact on body image? Further, society is always evolving: from gender to race to body size, our language and the thoughts behind it have continued to develop along with society. Take a look at this infamous ad for Love’s Baby Soft from the 1970s: it’s impossible to imagine a brand running an ad like this today (indeed, I can’t even imagine someone presenting this concept at a brainstorming session, it’s that far beyond the pale). 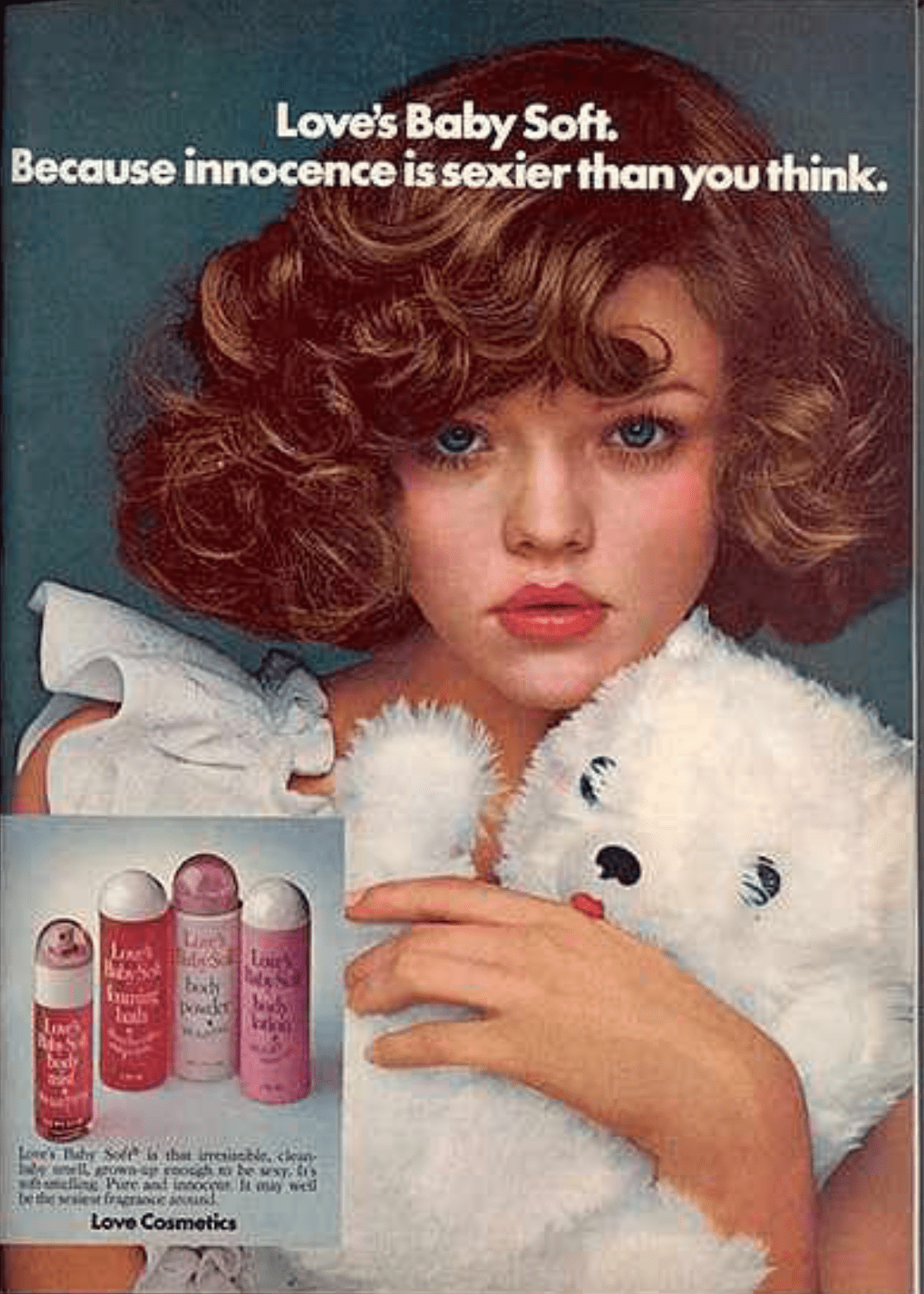 It’s not only ads from forty years ago that are now considered inappropriate; Yorkie’s ‘It’s Not For Girls’ ads that ran for a decade beginning in 2001 would never fly today thanks to increased visibility of transgender and women’s issues.

The new ASA regulations, then, are reflecting changes that have already happened in society, not imposing new ones on us. When we know better, we do better, and based on the number of complaints about sexist ads in recent years, it’s clear that we now know better.

The bigger issue here is this: if you’re only adapting your marketing to not be sexist because rules have been made that disallow you from running the types of ads you want, you’re not doing marketing right. The ASA is self-regulating, so the new measures aren’t laws, but your consumers will make their preferences clear when it comes time to purchase, or, indeed, they’ll contact the ASA to complain about your ads if they don’t comply with the guidelines. We all know that Millennials and Gen-Z prefer to back brands they believe in, but the truth is that nearly 3/4 of consumers care about a brand’s impact on society. As the purchasing power of these groups continues to grow in the coming years, it will become more and more imperative for brands to conform to their audience’s expectations of high business ethics.