Before there was going viral, there was the opposite: the cult classic. And while ‘going viral’ (becoming popular with everyone) has become passé, the cult classic (becoming the all-time favourite of a select group) will live forever. Why? Because, by its very definition, the cult classic has niche appeal- and that means that true fans are never going to become bored with their favourite cult classics, whether it’s a TV show, song, band or film. Let’s take a look at the pros and cons of some of the most well-known cult classics of the last forty years and why they’ve stood the test of time.

It’s the elephant in the room—you can’t talk cult classics without talking Rocky Horror Picture Show. Everyone has heard of it, most people have seen it, and it’s still popular enough to be part of the conversation nearly a half-century after its release. Rocky Horror is the longest running film ever to hit cinemas, with theatres all over the world (in particular the US) still showing it every Friday night at midnight. Viewers sing along, dress in costume, bring props and interact with the plot through it all, and it’s been going on every Friday for forty-four years.

So why has Rocky Horror– an objectively not great film– still in theatres all these years later? It’s become a self-perpetuating machine: people who weren’t born when the film came out (people whose parents weren’t even born when the film came out) love it because it’s just always been there. It’s weird and transgressive and fun and going to a live showing lets you feel like you are part of an inside club of people who get it. 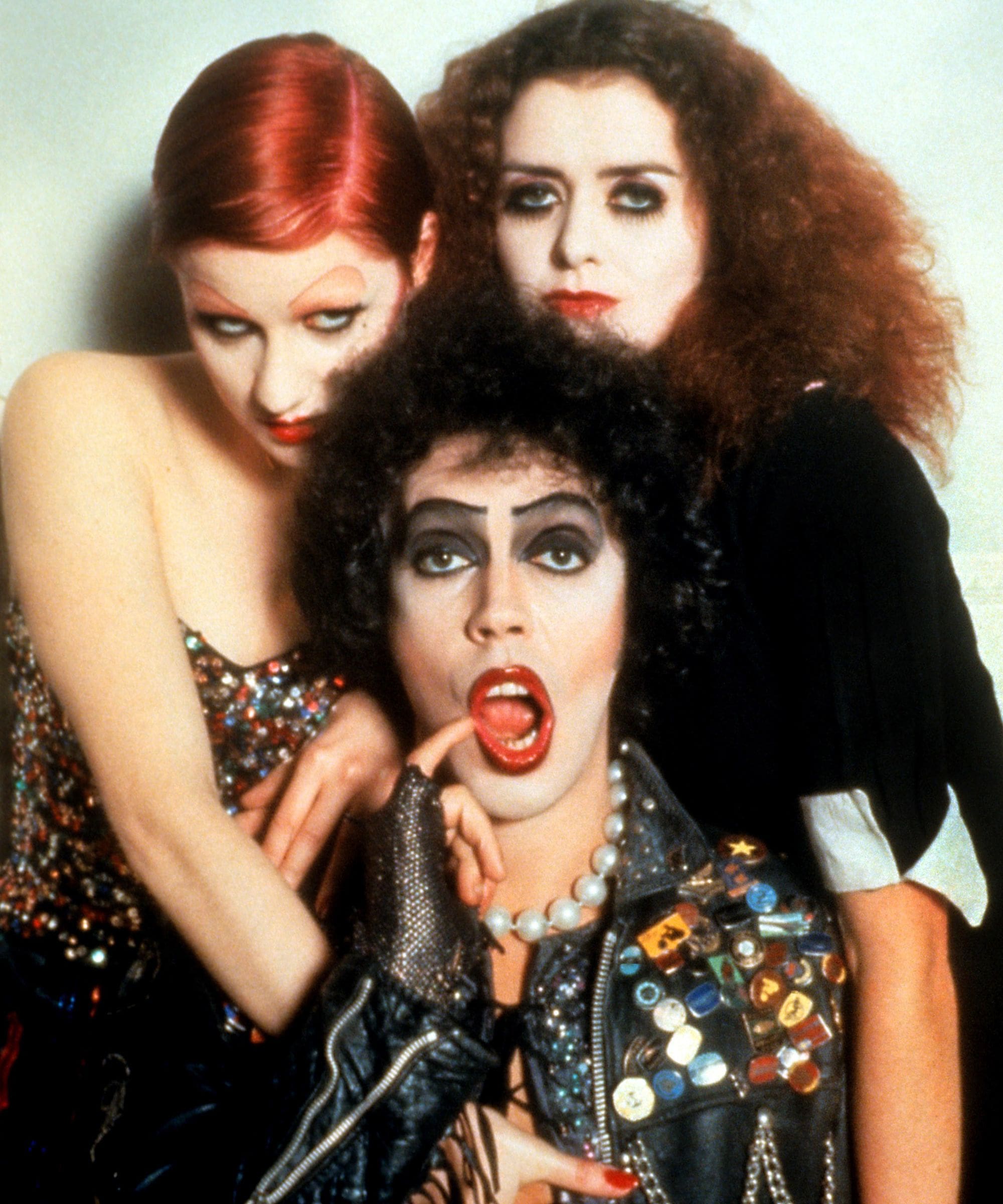 The background story of Twin Peaks is almost the opposite of Rocky Horror: it debuted to critical acclaim and broke records for viewership and ratings, but it almost immediately dipped thanks to its timeslot being shared with juggernaut sitcom Cheers. On paper, also unlike Rocky Horror, Twin Peaks should have appealed to literally every audience: centred on a murder mystery, it also contains elements of the supernatural, love triangles galore, high school drama, a timeless aesthetic and hilariously awkward comedy from nearly every character at some point.

But it’s also incredibly weird, complex and sometimes nonsensical, which alienated the mainstream audience it needed to succeed (at the time it was released in the early 1990s and ever since). Finally, unlike Rocky Horror, it all but disappeared after its release. For decades it was difficult to find as it was never syndicated and reception ended poorly enough that it wasn’t readily available on video or DVD either, increasing its cachet of cool among viewers who were able to feel part of a limited audience. Ironically, the complexity of the series which alienated most viewers is exactly the thing that has made it a cult hit: viewers who stuck with the series love discussing their takes on the meaning of the red room, Bob, the owls and all the other odds and ends of the series. 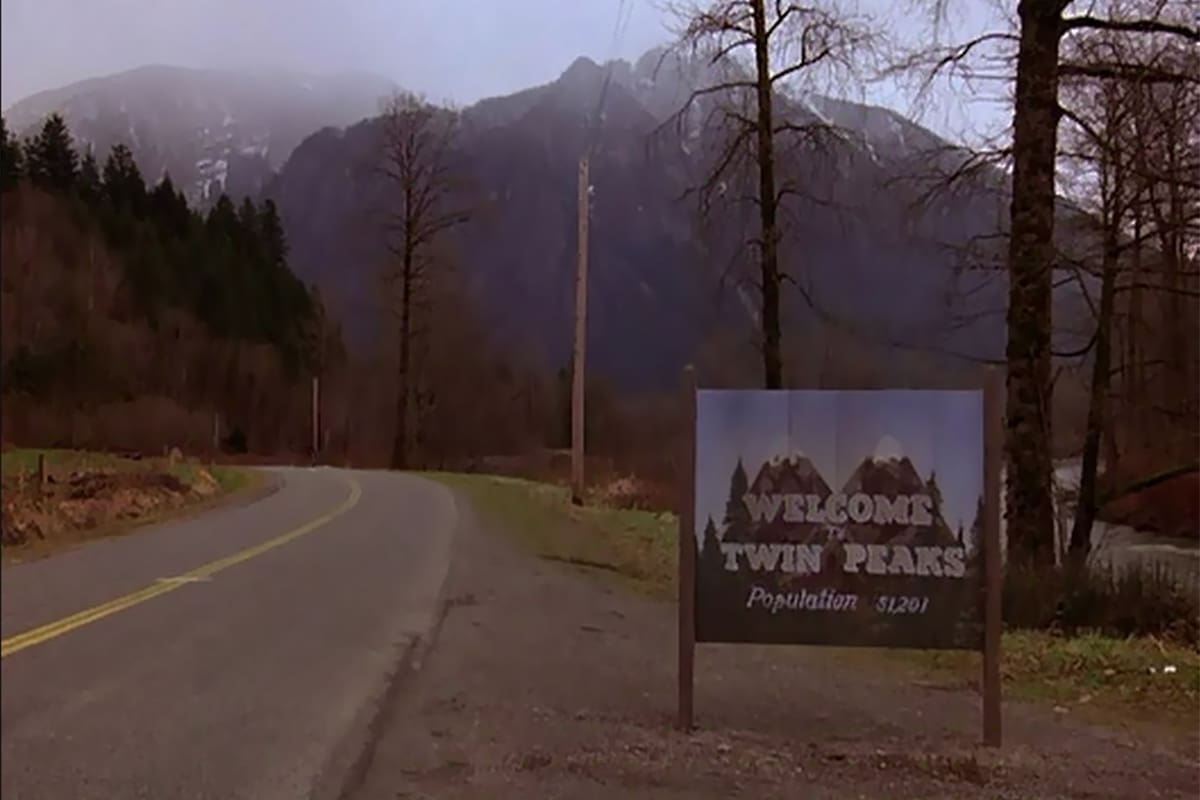 Although it’s by an American band, Mr. Brightside by The Killers really only achieved cult status abroad. Here in the UK, it has entered the Top 100 chart at least once every year since its release in 2004, with a total of over 200 weeks in the top 100 (more than any other song ever). This includes a 35-week run in 2016-2017, more than twelve years after its release. Thirty-five weeks, by the way, is approximately the same amount of time it spent on the US charts in total. We’re not still regularly listening to any other tune from 2004, so why is Mr. Brightside different?

A few reasons, actually: first of all, the music video is surprisingly timeless considering it depicts a 19th-century-style burlesque club. Cinematic and evocative, the US version of the video cemented the tune in our collective consciousness in a visual way, at least on this side of the pond. And secondly, let’s not forget the power of nostalgia. Mr. Brightside was written in a pre-smartphone, pre-Facebook era where people still held up lighters, not mobile phones, at concerts. It might as well have been the era portrayed in the music video considering how distant it feels to our always-connected world in 2019. For Millennials who were coming of age in the early 2000s, the song takes us back to a simpler time. For Gen Z, who has never known a world without Mr. Brightside, it’s a party staple that no one can really be said to hate. It’s the 21st-century version of Journey’s Don’t Stop Believin’. It may not be a niche tune (unless you consider the entirety of the UK its niche), but it’s still a cult classic. No song that wasn’t a cult classic could inspire this many memes. 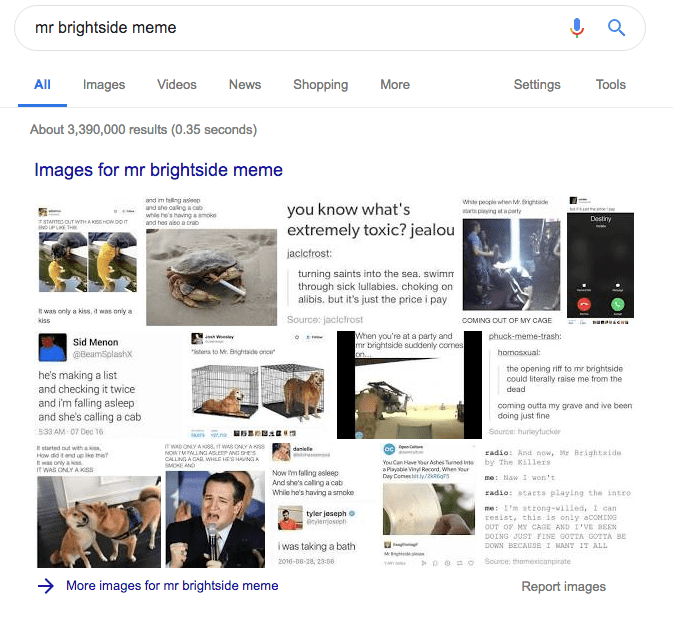 Here at Elastic, we spend a lot of time thinking about cult classics. We play our favourite cult songs in the office, defend our favourite cult films and lend each other our cult book recommendations. But when it comes to marketing, the idea of your brand becoming a ‘cult favourite’ can be a mixed bag: it guarantees you popularity, but popularity only among a very small group. Brands like Deciem, the US’s La Croix, and Scotland’s own Harris Gin have mastered the balance between popularity and personality, finding ways to keep turn loyal users into evangelists and make even the least interested person curious about their brand.

Are you ready to take your brand’s marketing to the next level? Elastic can help. Contact us today to find out what we can do for you!