George Walton Lucas Jr. is one of the world’s most famous and certainly most affluent film-makers, who went from producing arty avant-garde student films to blockbuster franchises during the sixties, seventies and eighties.

Born in Modesto, California during the spring of 1944, George began collecting inspiration that would later influence his most successful works, absorbing everything including comic books, sci-fi and westerns, European and Japanese cinema, trips to Disneyland, drag racing (not the Ru Paul kind), military history, literature, mythology, anthropology, even his pet dog Indiana.

Someone must have told this budding young mind to surround himself with successful people, because he certainly heeded that advice, enjoying a peer group early on in his career that included Francis Ford Coppola (The Godfather, Apocalypse Now), Steven Spielberg (E.T., Jaws, Jurassic Park), Randal Kleiser (Grease, Flight of the Navigator) and John Milius (Dirty Harry, Evel Knievel), who he would later go on to work on several projects with as well as many other industry pioneers including conceptual illustrator Ralph McQuarrie and academy award winning composer John Williams.

The true brilliance of George Lucas isn’t just his ability to stitch together influences from many and sometimes obscure sources to make something new, or his affinity for working with highly talented people, it’s his capacity for entrepreneurial thinking.

A long time ago…

Back in the early 1970’s, when most of the big Hollywood studios had turned down his pitches, 20th Century Fox agreed to fund Georges’ Star Wars as a sort of engagement gift, waiving all merchandise and sequel rights in exchange for a much lower directors fee, the studio genuinely expected his wacky space opera to be a flop, instead hoping to build a relationship with this interesting, up-and-coming film-maker to capitalise on another success like his 1973 hit – American Graffiti.

It was a huge gamble for a shy, young and relatively inexperienced Lucas, but self-belief in this universe he had created, desire to maintain control and create two sequels, coupled with the potential profits to be made from toys and merchandise all helped him create a film-making empire that would change the face of Hollywood forever. 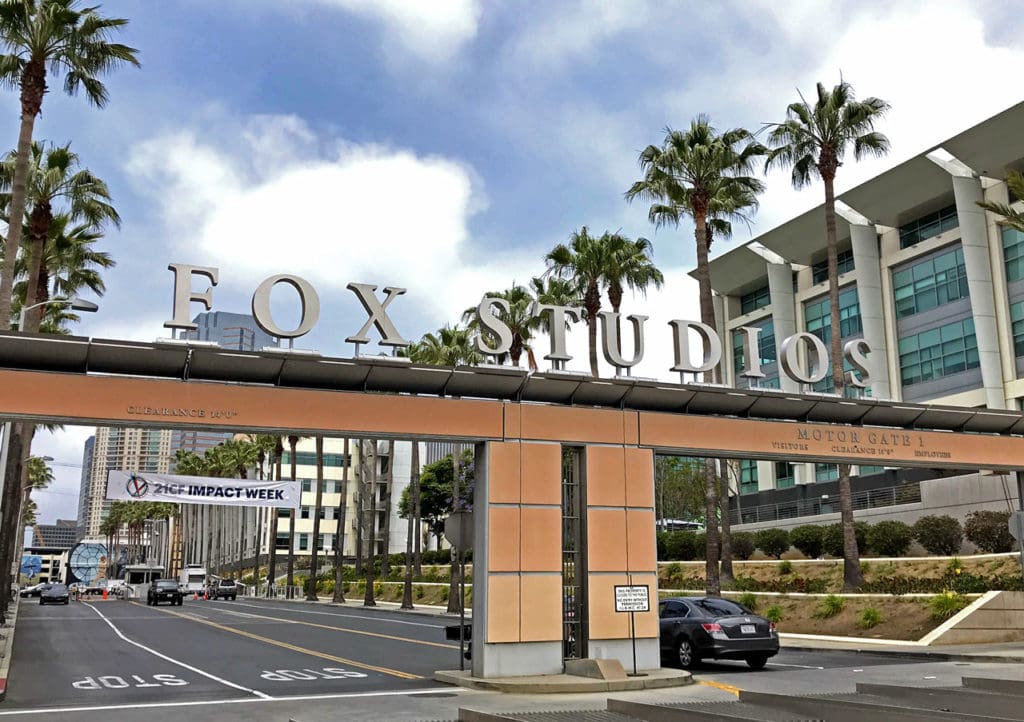 The film that couldn’t be made

Producing Star Wars was a hugely complicated task, fraught with problems throughout that required novel solutions. Lucas wanted to include visual and audio effects never before achieved in cinema, and in order to do so had to build a dedicated special effects company from the ground up. In 1975, he founded Industrial Light and Magic – a subsidiary of Lucasfilm. Formed from a ragtag bunch of young artists, electricians, engineers and designers, ILM were tasked with inventing the models, sounds, visual effects and computer controlled camera rigs needed to realise Georges’ galaxy, far, far away. 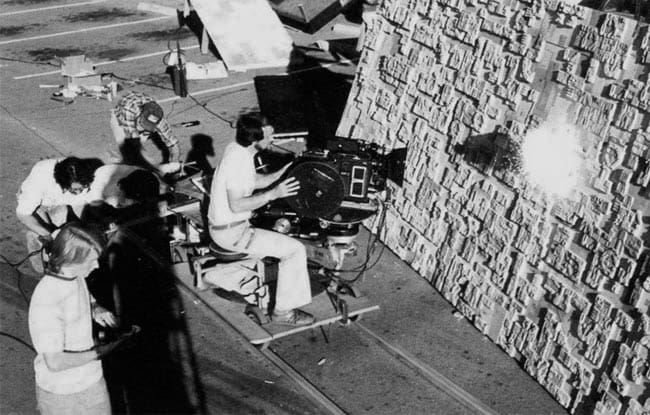 Many late nights, hot Californian days and stressful months later the team managed to produce a single shot for Star Wars, and with only 9 months to go til the May 1977 release date, had a huge task ahead of them to finish the rest of the effects. The team in Tunisia shooting live-action cast scenes had also been suffering issues of their own with rogue droids not responding to remote control commands, crew members struggling with dysentery and freak rain storms holding up key scenes. Production was incredibly stressful for everyone, especially George, who decided to take a long hiatus from directing after his experiences on set in Tunisia and London. 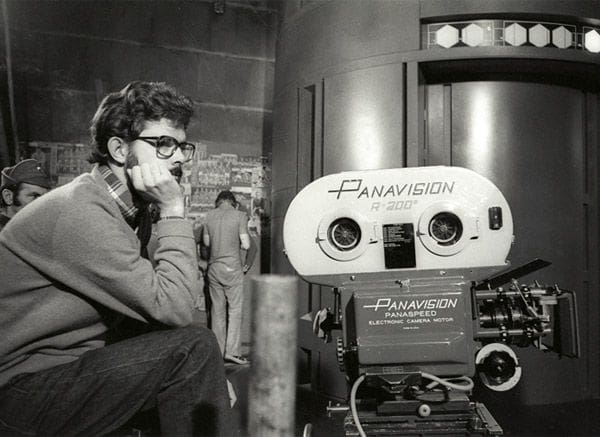 Lucas pulled it off of course and the film was a universal success, breaking box office records, winning countless awards and captivating young and old minds alike. Star Wars fever had taken over the world and the industry had to adapt quickly to these changing audience expectations.

For the Empire Strikes Back (1980), George considered the idea of creating spacecraft effects using computer generated graphic techniques seen in Westworld (1973) but found them to be too expensive to make, so went back to shooting handmade models with computer controlled camera rigs. He did however set up a computer graphics division within ILM to explore this idea further on the side for future projects. The Graphics Group eventually became its own company in 1986, and renamed Pixar Animation Studios, producing the first fully computer generated animation film – Toy Story (1995), to massive critical acclaim.

Not long after his second big win with Empire, Lucas took it upon himself to set up a division dedicated to examining and improving sound quality in movie-making, from mixing and mastering right through to how that sound is played back in cinemas. Low quality audio systems could never accurately reproduce the original vision a film-maker had for their work so ultra-modern mixing studios were set up under the name ‘Skywalker Sound’ to raise the bar in audio production.

The rest of the film-making industry began to take notice of this new standard, so George and his team set up THX as a standard for certifying that a movie or theatre had passed key quality requirements in it’s production or playback of audio. Most people will have heard that famous deep note sound identity first played at the start of Return of the Jedi in theatres back in 1983.

These revolutions in film-making have helped keep Lucasfilm as one of the most prolific studios in Hollywood to this day, working tirelessly over the past few decades on countless franchises and box-office hits including; Indiana Jones, Star Trek, E.T., The Goonies, Ghostbusters, Back to the Future, Terminator,  Jurassic Park, Schindler’s List, Forrest Gump, Jumanji, Twister, Men in Black, Titanic, Saving Private Ryan, Harry Potter, Lord of the Rings, Planet of the Apes, Pirates of the Caribbean, Transformers, the Marvel and DC cinematic universes, the list goes on and on…

It’s rare to have an original vision that has impacted so many aspects of modern storytelling, not just in visual effects, but animation, sound, merchandising and worldbuilding, so rare in fact that Disney purchased Lucasfilm in 2012 for a whopping $4.05 billion dollars.

Now George is enjoying a well earned retirement with royalties and shares from Disney, donating much of it to charity including a 300,000 square foot not-for-profit Museum of Narrative Art In Los Angeles – set to open its doors in 2021. 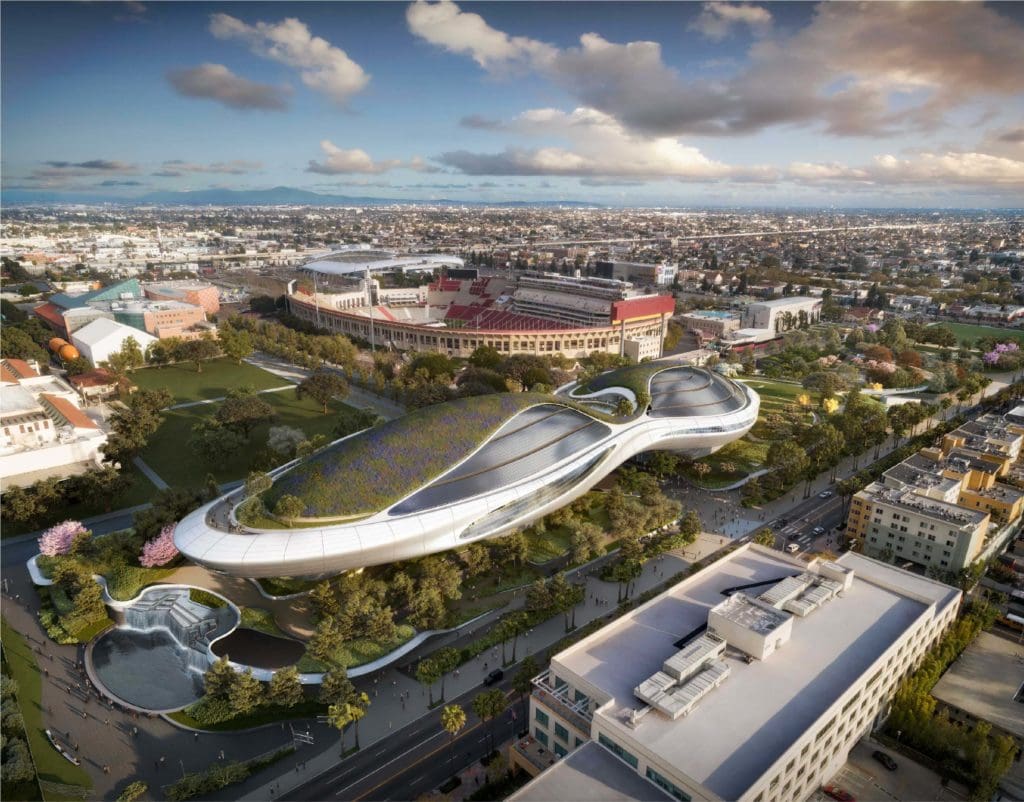 Generation after generation of fans keep coming back for more Star Wars stories and thanks to Disneys’ investment still have much more to look forward to, including the second season of the hit TV series The Mandalorian later this year. Who doesn’t want to see more of the internet meme sensation – ‘Baby Yoda’?

I first experienced the original Star Wars trilogy however, in the early 90s as a child through VHS tapes, original kenner action figures and worn-out Return of the Jedi bedsheets handed down by older relatives and I’ve been hooked ever since. Over the years, I’ve continued to collect all sorts of paraphernalia, met cast and crew at conventions and made dioramas using 3D printed parts. I’m part of the Star Wars family (or cult, depending on your point of view) and certainly not ashamed to say it. 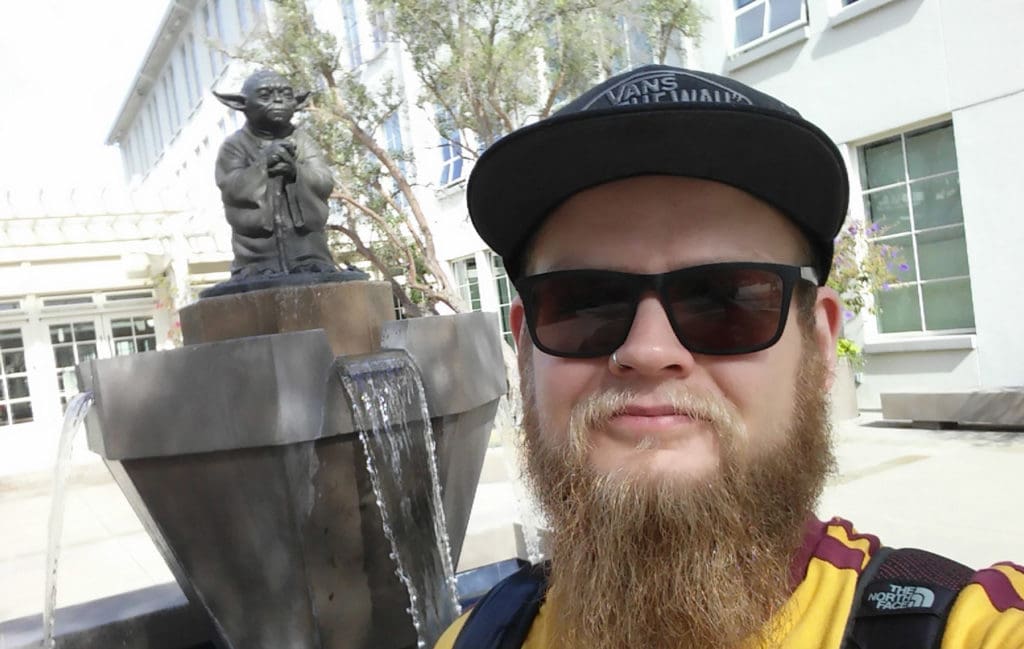 With Billy Dee Williams (Lando Calrissian in The Empire Strikes Back, Return of the Jedi and the Rise of Skywalker) at New York Comic Con 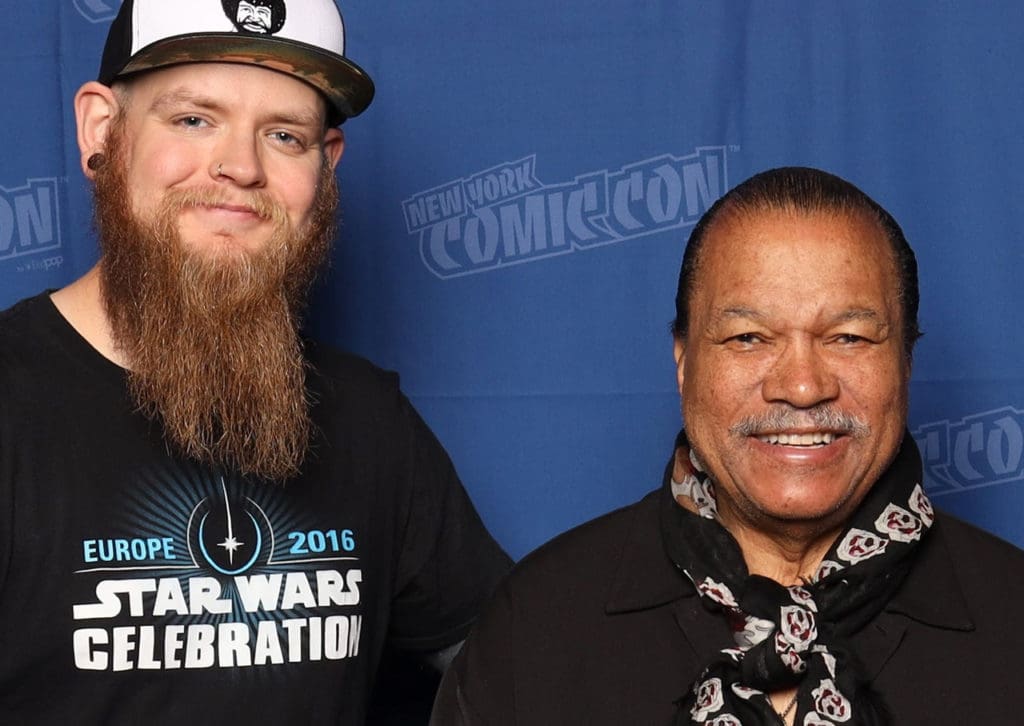 One of several 1:18 scale dioramas I have created using custom 3D parts and hasbro action figures 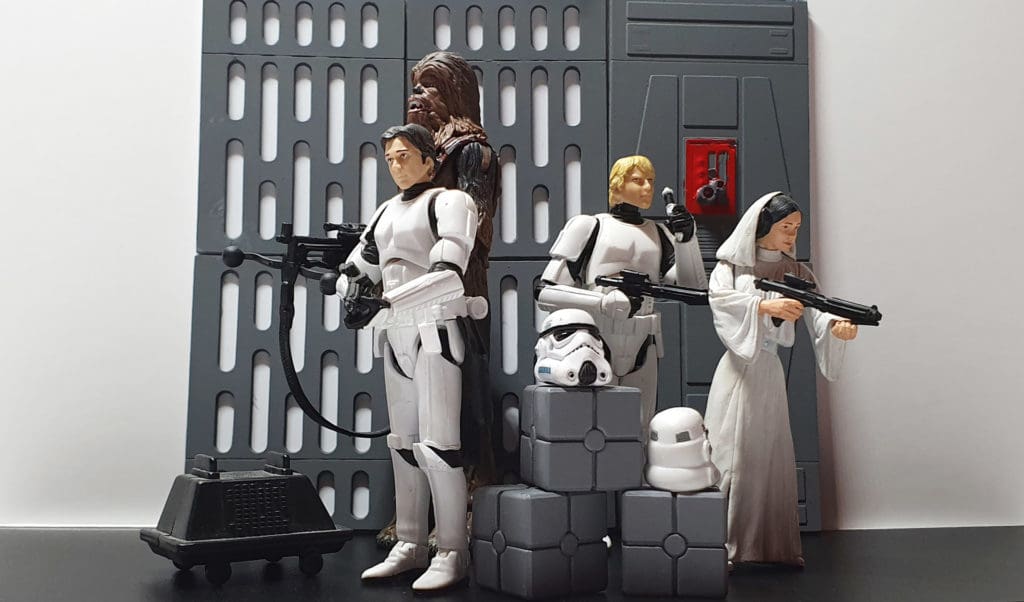 Thanks for reading and may the 4th be with you!