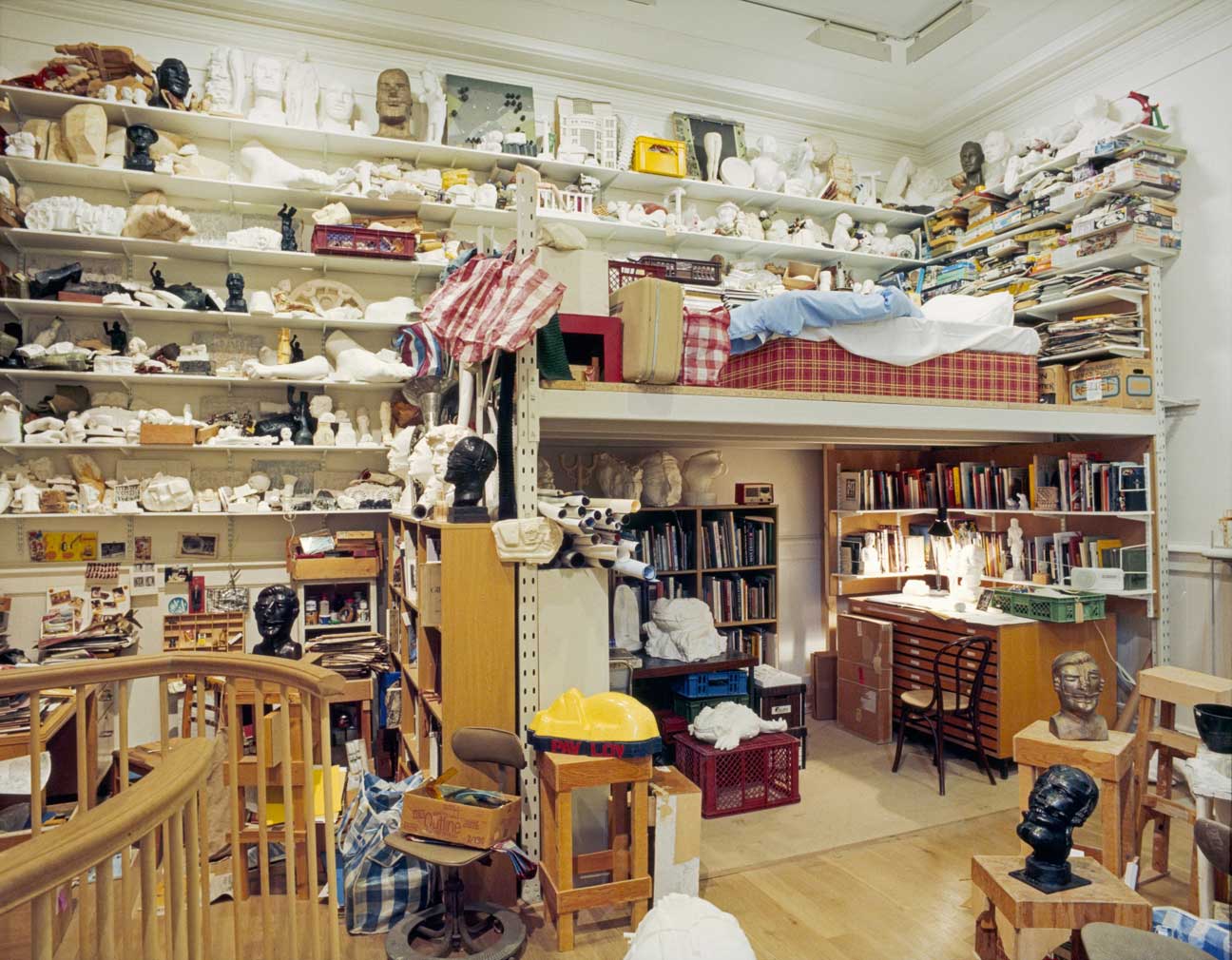 As Elastic reflect on 12 years in business; it was also 2005 that Eduardo Paolozzi died leaving behind one of the most incredible collections of art of the 20th century. He was simply interested in anything & everything in the best possible way. Everyone should check out the recreation of his studio.

You can imagine the sorting and editing; the collision of thoughts and the formulation of ideas evolving in his subconscious; all bubbling away. He filtered and edited it all into amazing pieces that somehow balance the classical and the throw away – and both are better for it.

Found shapes, textures and objects were his raw materials – they were often his pencil, brush and paint. This interest in all that was around him extended to how he expressed himself too – his work spanned cubism, surrealism, pop art and sculpture. Because he was literally interested in everything he came across – he developed a fine tuned antennae and, as many artists are, was often ahead of his time. Artists observe and immerse themselves in patterns and signals and this attention can result in elements of predicting the future. It’s not surprising that he became friends with J G Ballard – some of his work was physical manifestations of Ballard’s writing. Although often categorised as a science fiction writer – it was inner space that most intrigued him – the subconscious worlds created by the mind.

For me, a recent look at online news from one single page (above) and its reflection of modern life is an area that Paolozzi observed with great intensity. The manner in which mass consumerism, high and low culture, horror, war and entertainment are now all mixed up amongst one another in such close proximity. These echo much of what the online world holds. Broken barriers and confused, blurred lines.

As Elastic we are inspired by flexibility and adaptability and Paolozzi ranks for me as one of the most versatile imaginations ever.