Saying things are dead is very much alive! 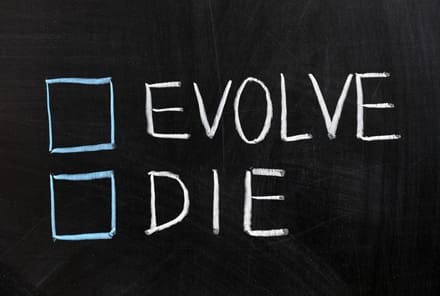 You used to hear that print was dead and now according to some, marketing, QR codes and recruitment are also ‘dead’.

I’ve been trying to ignore this recent deluge of things that are apparently ‘dead’ and I find I can’t ignore them any longer.

Especially with constant news stories to remind you of people who really are truly dead.

I believe a better word for these is transforming – and there’s no better industry to understand that than our very own creative industry. We’ve found that while there’s certainly a digital emphasis, print is not dead – changed or diminished but not dead. In an interesting spin, Stephen King, the advocate of publishing books online, who published the first mass-market e-book ‘Riding the Bullet’ in 2000, has decided to release his latest novel ‘Joyland’ solely in print form.

It then led me to think of other ‘transforming’ subjects – here’s a few – would be interested to hear other opinions!:

1. The High Street – In Edinburgh anyway – there seems to be no shortage of cafes, hotels and mobile phone shops. Many others, however, are clearly suffering and while the tram works haven’t helped there is a clear shift to the retail experience happening online at least with some products. Music, books and even clothes appear to have migrated online. The future of the high street is certainly unclear but I just wonder if there are some really positive opportunities here – more on this subject in another blog…

2. The Cinema – ever increasing costs vs vast improvements in home cinema i.e. affordable large flat screens, home 3D, massive instant choice at your finger tips etc. While this leads me to question cinema’s future – it’s less about them dying off and more about what they’re going to have to do to enhance their product. With V.I.P. seating, 3D, IMAX etc they’re certainly trying – not sure they’re quite there yet though…

3. Popular TV – it seems that most of us are not watching the same things collectively as we were 10 or 20 years ago. It used to be that much of the population would watch Eastenders regularly or event television – but now with both so much greater choice both in tv content itself and with many other media options – web, gaming, social media etc – there is much greater segmentation and catering to much smaller minority groups. As we approach what must soon become full and total media integration – tv, web, email, social media- all in one place and truly interacting with one another, well that will be very transformative!

4. Actually Reading Books – singular focus for a sustained period of time seems at times very 20th century now. People seem to have to have 3 or 4 different devices whirring away simultaneously collectively distracting them from being able to perform any single task properly – or pay attention. I’m sure plenty of books are still being purchased but I wonder how many are still actually being read?

5. Human life span – which brings me right back to my reference about human life – will being dead soon be transformed itself…now where do I find out about that cryogenic storage chamber….