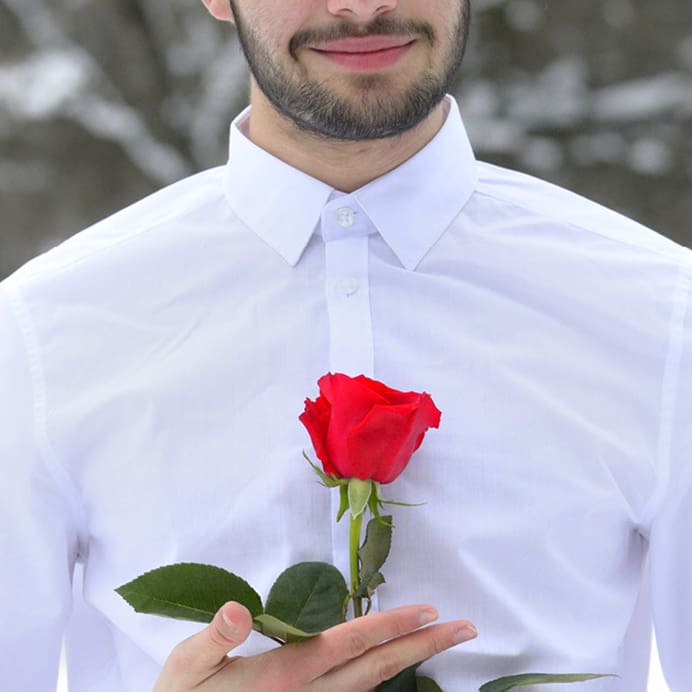 We’ve recently completed a very successful digital marketing campaign for the NHS Lanarkshire Blood Borne Virus Network, in Scotland, promoting HIV health awareness throughout the Lanarkshire region. The campaign ran over the festive period this Christmas and New Year (2016-17) and also ran for two weeks leading up to Valentine’s Day, on 14th February this year.

The aim of the whole promotion was to communicate the message of safe sex and educate on the risks of getting carried away during the party season. We all tend to overdo things at this time of year, some more than others… and the NHS wanted to remind people of some of the dangers of partying too hard without full knowledge of the risks.

Elastic has already undertaken branding and brand design for NHS Lanarkshire which can be seen on the website at www.lanarkshirehivandhepatitis.org. We’ve also been involved in previous social media marketing campaigns and Google Adwords PPC marketing for the organisation.

For the recent campaign, we created a range of short videos, designed to be delivered on Facebook, Instagram and Twitter and consumed on mobile devices. Creative video production and highly targeted marketing were both key here. Our audience in Lanarkshire was over 300,000…those were people in the 16-65 age group who have a social media account on either of the three networks.

We wanted to target this group with short, sharp videos to educate them immediately, without having to click through to a website. The plan was to then follow this up with ‘click bait’ type, image based content, designed to reinforce the message and drive traffic to a specially created landing page.

So, the digital strategy was to raise awareness and educate, directly, within social media and then to re-market and reinforce the message using strong ‘click bait’ imagery and text. We felt this would really cut through and drive website visits; developing that awareness captured by the video content.

Really phenomenal numbers here and NHS Lanarkshire are very happy with the investment made. We don’t have statistics on numbers of people coming in to be tested, as yet, but awareness of HIV and Hepatitis has absolutely increased.

The Valentine’s campaign was the most successful, racking up 80,487 video views of 3 seconds or longer. Also the view to 50% rate was 60,590, the reason for this high figure being that the video content here was a lot shorter.

Here’s an example of one of the shorter, GIF like, Valentine’s videos 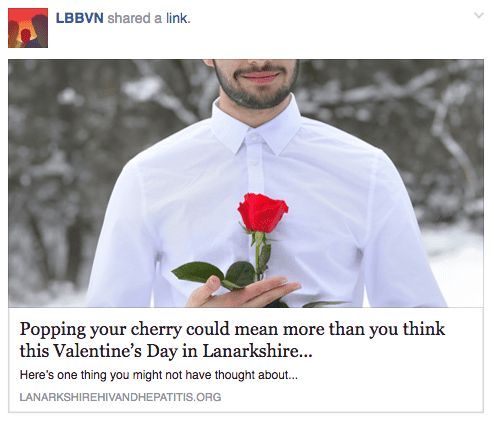 Much shorter content, of less than 10 seconds is very strong on social media and especially on phones. The Valentine’s videos were very GIF like, direct and colourful. We did run them as GIFs on Facebook but switched to mp4s as the reporting is more comprehensive.

What’s also clear is that to really engage with a local targeted audience you need to include language relevant to that audience. Content that included the text ‘Lanarkshire’ early on within the text, always performed better than content without that local focus.

Instagram is really coming into its own as a video marketing channel and with a younger user base than Facebook, this was one of the reasons for using it for this campaign. People watched more video content to 50% on Instagram and it was also strongest at marketing the image based, more direct, ‘click bait’ content.

ROI for NHS Lanarkshire is based on not having to treat someone for HIV or Hepatitis infection. It’s very expensive to treat a member of the public for these infections. If we can reduce the rate of infection, through communication and education, then not only does the NHS benefit in resource terms, people’s lives are improved.

Here are some examples of the creatives we developed and used for the campaigns.

One of the Christmas period videos 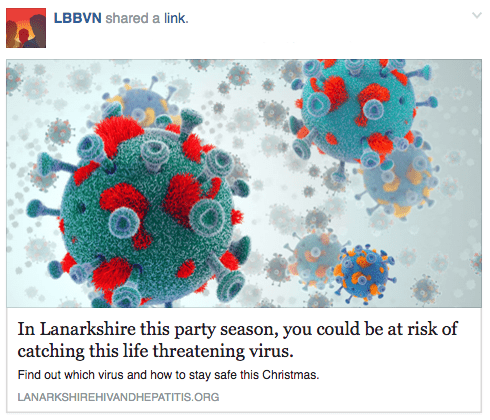 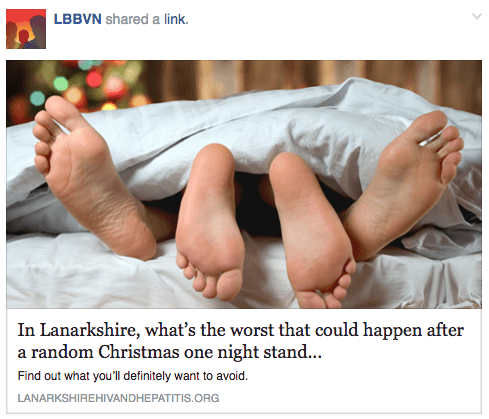 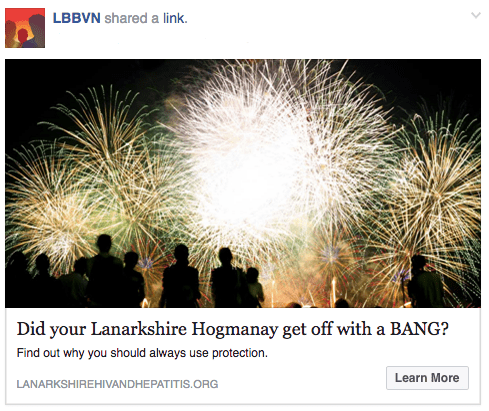