Over the years, we’ve refreshed brands for companies like Sturrock Armstrong & Thomson, and HSPC.

While we always like to get to know our clients, find out what makes them unique, and make that the foundation of the refreshed brand. However, we also recognise that changes will have to be made as technology and customer habits evolve.

In short, we take the essence of our clients’ brand, and make it fit for a modern purpose.

A great example of where we’re seen this principle in action is in Glasgow’s Merchant City. Filled with examples of intricate and innovative architecture, the buildings have long left their original purposes behind, and instead serve to make the Merchant City a bustling, vibrant part of Glasgow’s city centre.

Here are five great examples of how a beautiful building in the Merchant City has been redeveloped, and re-purposed.

The Tron Steeple was built in 1637 as an addition to ‘St Mary’s Church and Cemetery’, itself restored in 1592. Sadly the church was destroyed in 1793, but was rebuilt the following year.

The Steeple survived the blaze however, and after redevelopment in 1980, both the church and steeple now forms part of Glasgow’s famous Tron Theatre, home to the award-winning Tron Theatre Company. 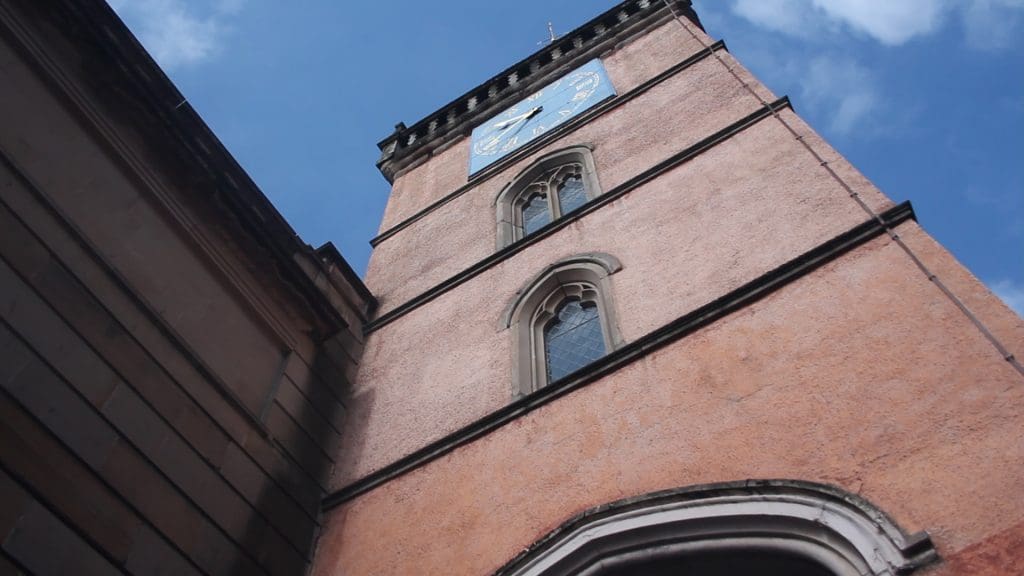 Housed in part of the Old Fruitmarket, Merchant Square operated as a market for fruit, cheese, and vegetables at first.

Later into the 20th century, it acted as a general indoor market until 1998, when the market moved to its current location in Parkhead.

The market site was redeveloped soon after, and is now home to various restaurants, bars, and bistros. 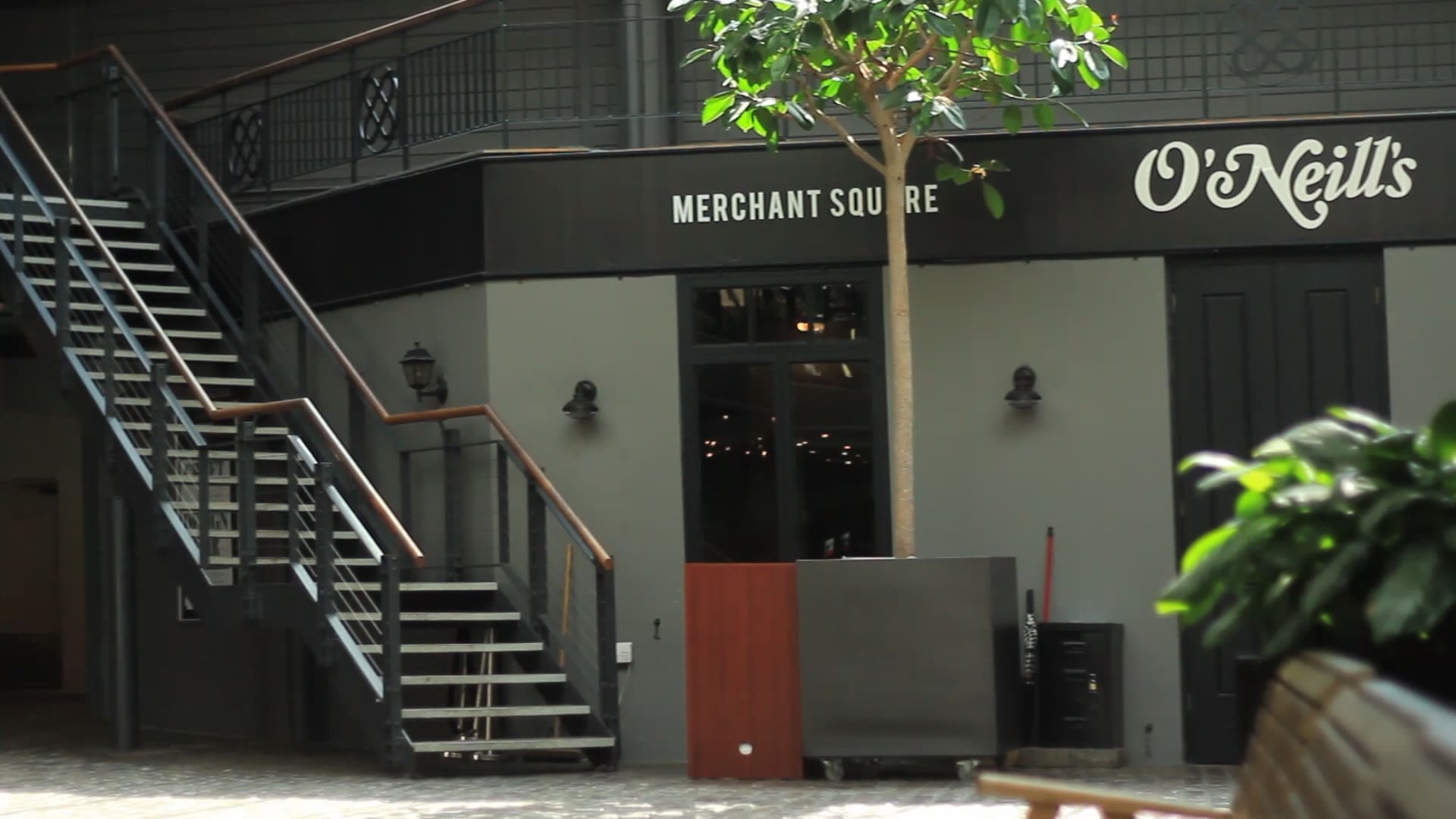 Part of the same complex as the Old Fruitmarket, the main hall was designed by George Murray,and first opened in 1841.

After being renovated and reopened in 2006, it’s still a popular concert venue today for jazz and traditional music, and is home to the BBC Scottish Symphony Orchestra. 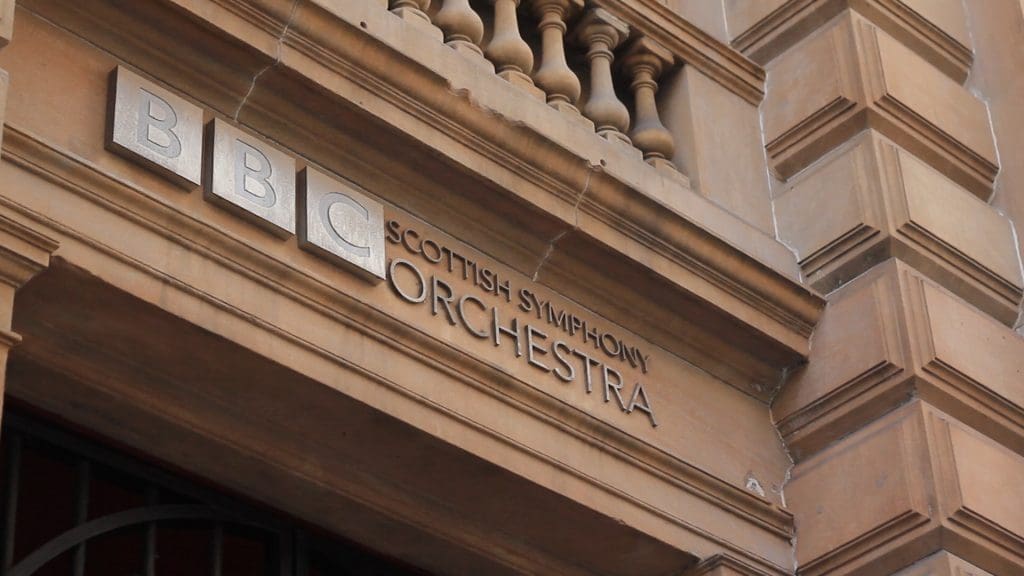 Designed by Robert Adam and built in 1794, the Trades Hall was the home of the original Trades house and the Fourteen Incorporated Trades, including tailors, bakers, and barbers.

Today, it’s still the home of Incorporate Trades, which now exists as a charitable organisation, and functions as a venue for meetings, conferences, events, and weddings.

Interestingly, while the interior has been renovated for modern purposes, many of the original features still remain, such as the floor mosaic in the entrance hall, and the stained glass window on main public staircase. 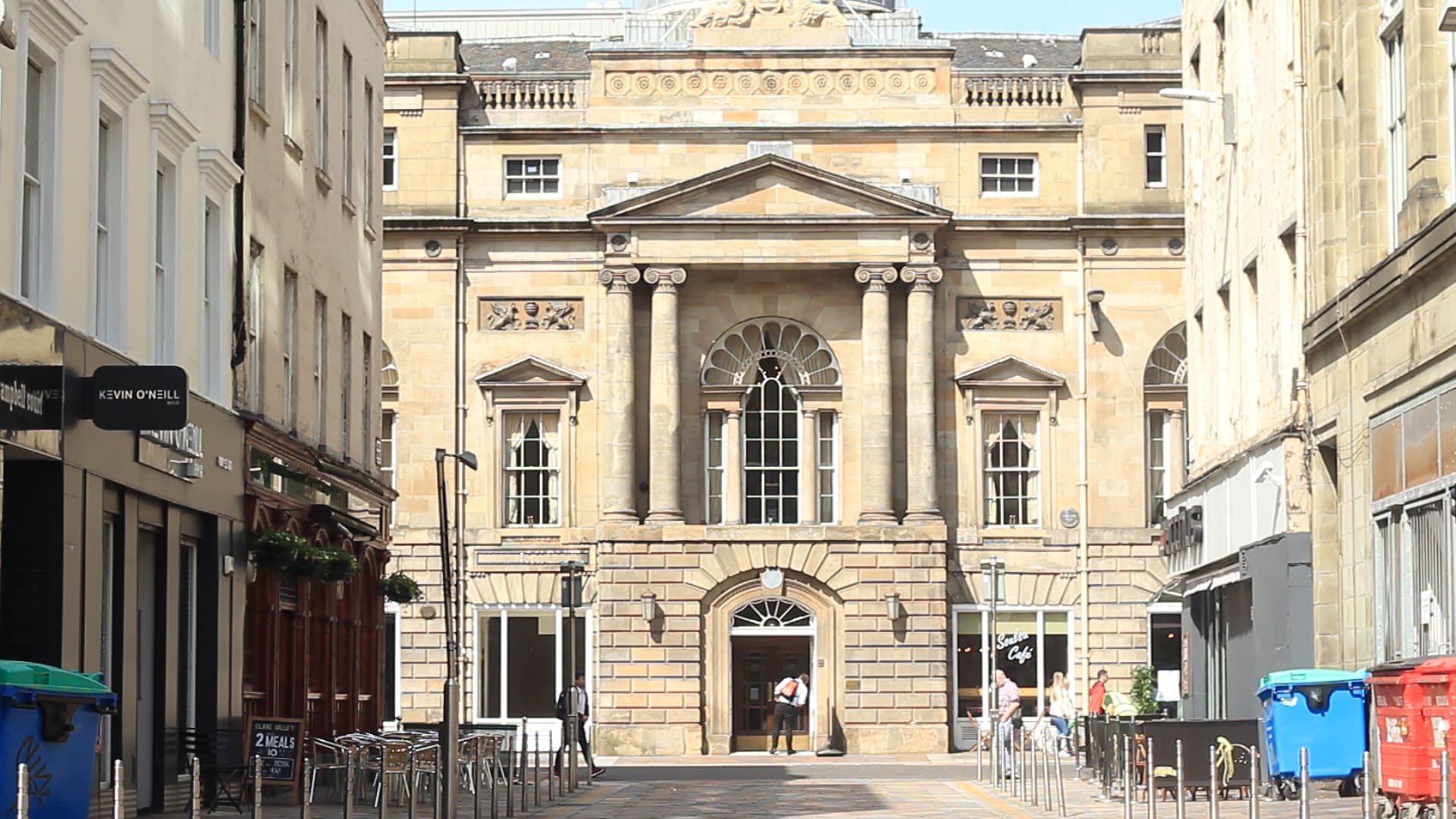 Built between 1802 and 1805 and designed by David Hamilton, Hutchesons’ Hall was originally a hospital for the elderly, and was built to replace an earlier Hutchesons’ hospital built in 1641.

For a time, the building was home to the National Trust for Scotland, and has also been used as a public library, a school, and a bank.

Sadly, the building sat empty from 2008 to 2014 after suffering storm damage, but after a £1.4m refurbishment it has been transformed into a three floor dining venue – Hutchesons’ Steak and Seafood House. 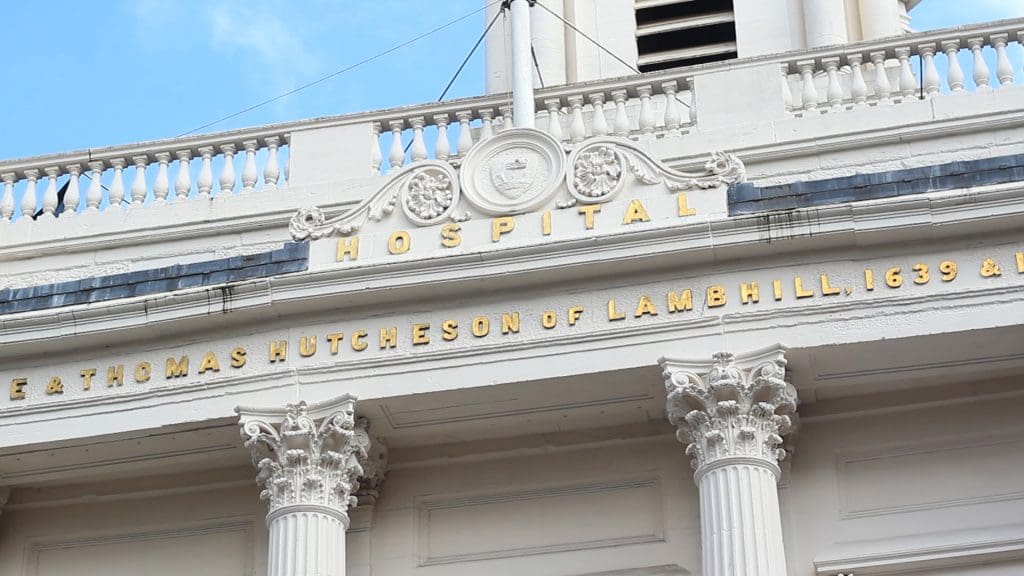 Building on your foundations

What these examples show us is that you don’t need to jettison everything about your brand to be relevant to a modern audience.

You probably don’t have to change what makes your company unique, just the way in which you tell your audience.

Fancy refurbishing your brand for today’s customers? Get in touch and let’s see what we can build together.