As discussed in part I and part II of this series, seasonality, messaging, tone and humour can all be difficult to translate across cultures, but so too can style and legality be a stumbling block as you transition your adverts from one side of the Atlantic to the other. Let’s talk about how these issues manifest and what you can do to avoid your advert flopping with a new audience… or worse, being banned!

While many restrictions that exist in the US also exist here in the UK (junk food and tobacco advertising restrictions are remarkably similar between the two countries), there are pernickety differences between the two countries that can get an advertiser into trouble if they aren’t heeded. In the US, the legal age for alcohol consumption is 21, and strictly followed (though self-regulated) rules decree that alcohol adverts must appear only in places where 70% of the audience is of legal drinking age. Additionally, alcohol adverts must not include cartoon characters or any other messaging designed specifically to appeal to underage drinkers. UK adverts also must not strive to appeal directly to minors, but the three-year difference in legal drinking age affects the way advertisements for alcohol are placed and targeted stateside in a stricter way than the UK. Take a look at these two beer brand websites- the first one is from a US company, compared to the second from the UK. The US site is stricter- it doesn’t matter if the user is of legal drinking in their country, if they’re not 21, they can’t enter. The UK site, on the other hand, only requires that users be of UK legal drinking age, no matter whether they are legal in their home country or not. It’s no coincidence that the US site is also simple and plain- most landing pages on US sites are similar, due to the aforementioned restrictions. 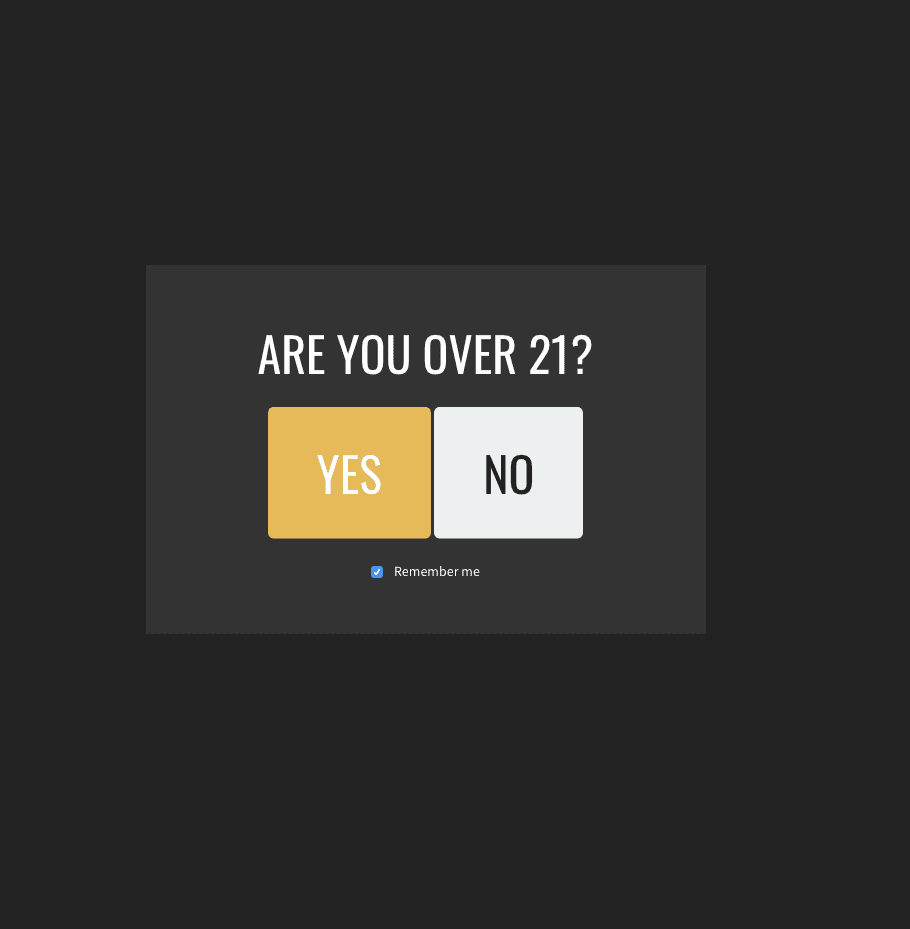 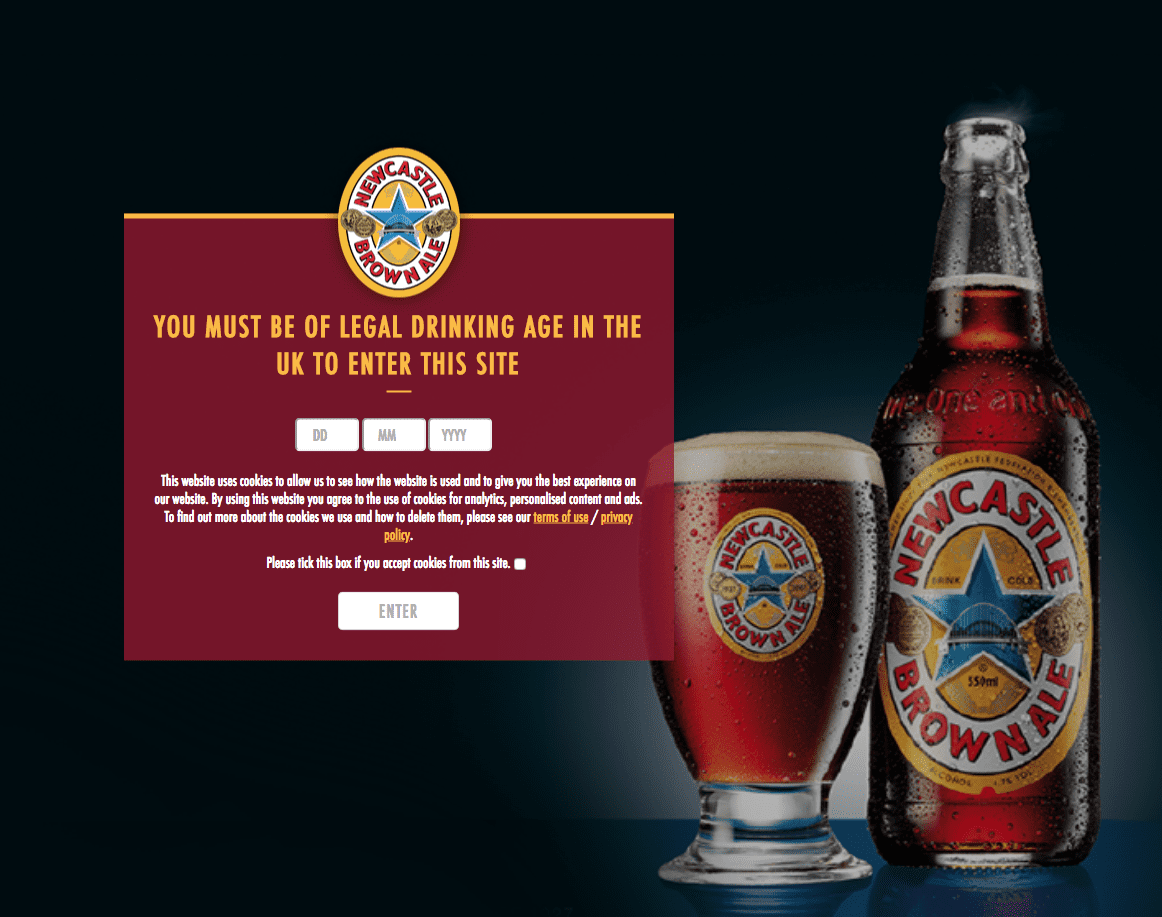 Although alcohol advertisements are thus more strictly regulated in the US, medicine adverts are much less regulated than in the UK: the US is one of only four countries worldwide that allows direct-to-consumer advertising of pharmaceutical products. These adverts, only allowed within certain regulations, have often been accused of exacerbating the US’s drug proliferation problem, especially the opioid epidemic sweeping rural America over the last few years.

Why are these adverts allowed, then? Advocates claim that these types of adverts cause patients with undiagnosed symptoms to visit their doctor, thereby reducing the number of ill people across society. However, detractors argue that the over-medicalisation of American society is causing people to believe that normal parts of life are illnesses that must be treated (baldness, typical menopausal symptoms, thin eyelashes and other ‘diseases’ are often cited as examples). Regardless of the rationale, it’s worth noting that the American prescription drug business spends well over $4B USD on advertising each year- a figure that simply doesn’t exist in the UK, where this type of advertising is banned outright. The extensive side effects lists required at the end of these types of adverts in the US can be particularly jarring to foreign listeners who aren’t used to it; even Americans often find it off-putting, leading to spoofs like this one promoting the fake product Happy Fun Ball from Saturday Night Live all the way back in 1991.

If your brand promotes products with any type of ethical or age-related considerations, it’s always wise to ensure there are no restrictions in new countries you plan to target before implementing a new marketing campaign.

For two countries who speak the same language, the stylistic differences between the US and the UK remain vast. We’ve already discussed the differences in humour and tone that exist between the two countries, but it’s worth noting the visual cues that differentiate adverts that appeal to American audiences versus British ones.

US adverts tend to use idealised actors, even for everyday situations. The actors in the vast majority of American adverts are often models- or at least they look like they could be. This ‘aspirational’ nature of American adverts has been lambasted by some for promoting unrealistic expectations among audiences, but it persists across industries in the US. It makes sense that aspirational ads tend to do well in the US, a country founded on the idea of the ‘self-made’ person. British advertisements, on the other hand, tend to feature more natural, everyday sort of actors- especially for FMCG brands. In contrast to the American style, these British adverts promote the idea of ‘relatability,’ with the idea being that customers are more likely to purchase a product they can see themselves using- as opposed to American consumers, who are more likely to purchase a product they view as prestigious. Check out the very ‘normal’ looking maintenance workers and employees in the UK McDonald’s advert, compared to the US McDonald’s advert with a much more idealised family portrayed.

In contrast to the aspirational nature of their actors, the settings in American adverts are nearly always a generic ‘anytown’ location, except when the setting is the selling point, as in tourism adverts. With a nation as large as the US (40 times larger than the UK), it stands to reason that creating an advert that shows only one city, state or even region would alienate more of your audience than it would appeal to. The majority of nationally-aired adverts in the US with a visible setting are placed in a suburban environment (again, the McDonald’s advert above typifies this), or occasionally in the countryside for products that have some sort of connection to rural areas, like pickup trucks. In the UK, by contrast, many adverts often feature specific, recognisable locations: major areas of London, Edinburgh’s Princes Street, George Street in Glasgow, or similar recognisable areas. In a nation with comparatively fewer large cities, nearly the entire populace can reasonably be expected to recognise these metropolitan scenes, which, similar to the use of realistic, everyday actors in their adverts, contributes to the relatable nature of adverts across the UK, like the Volvo ad below.

While these differences in relatable versus aspirational adverts are not vast, it’s worth taking into consideration to avoid poor reception from your target audience if your brand is making the move onto a new continent. A successful UK ad with a focus on ‘relatability’ will often seem paltry to an American viewer and American idealised adverts can come across as artificial and try-hard to British audiences.

The differences between marketing to an American and a British audience are vast, and here at Elastic we have experience in geo-targeting for audiences in many different countries across Europe, North America and more. Get in touch today to see how we can help your brand reach its target audience, no matter where they’re located.