We admire people for many different reasons, but here at Elastic, it often comes down to the way they creatively tackle whatever problems they face. For me, the unrivalled work ethic, fierce determination to defy archaic rules and the ‘pull no punches’ attitude of US Supreme Court Justice Ruth Bader Ginsburg (1933-present) is second to none. I’m continually surprised at how many people I’ve come across who don’t know who Ginsburg is. Even across the pond, the Notorious RBG’s mark on the world is something to be admired and emulated.

From looking after her children and ill husband while studying for her degree to surviving three cancer diagnoses and still casting her vote from her hospital bed, to her legendary dissents while serving on the Supreme Court, her route to icon status has been long and winding. In a world where the same problems she fought against professionally and personally are (shockingly) still issues today, we look not just at her past and present work championing human rights, but at her attitude toward life in general. While her achievements cover a huge range of topics, I’ll focus on only a few big areas where RBG has really made her mark. 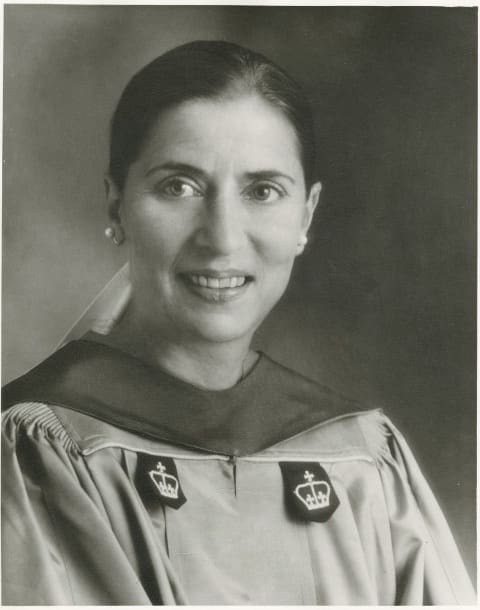 One of RBG’s most renowned achievements is in the area of gender equality and the work she has carried out in favour of all genders being treated equally by law. Her unrelenting determination in this area no doubt originates from her work as Associate Director of the Columbia Law School Project where she penned a book that looked at civil procedures in Sweden alongside Anders Bruzelius. She noted that in Sweden, a society typically ahead of the curve when it comes to gender equality, a far larger proportion of law students were female than in the US, and that it was common practice for women in high-ranking roles to work late into their pregnancies and face very little discrimination– a far cry from what Ginsburg herself experienced. In fact, Ginsburg experienced a substantial amount of discrimination throughout her education and early law career:

The above examples, though horrifying, are unfortunately still faced by many women today. RBG’s contribution to the ongoing battle continues, though, and reminds us that even when the battle is uphill, you don’t stop fighting.

Her achievements in litigation and advocacy for gender equality range from co-authoring the first casebook on sex discrimination to winning five out of six gender discrimination cases that she argued before the Supreme Court between 1973 and 1976. One of these cases is the infamous Weinberger v. Wiesenfeld, where she argued successfully in favour of a man who experienced gender discrimination. Her work continued after she became the second female justice of the Supreme Court, and her successes include standing against male-only admissions to Virginia Military Institute as well as continually backing initiatives to bring the US closer to equal pay for both men and women.

During Obergefell, which looked at the constitutional legitimacy of same-sex marriage in the US, RBG famously eviscerated her opponents, schooling them in the finer points of discrimination, all as one of only three women on the court.

Even when in the minority, as with Masterpiece Cakeshop, though, she never gives up fighting for what is right. Although the court sided with the bakery, who refused to make a wedding cake for a same-sex couple, RBG pushed back against the majority in an 8-page minority dissent highlighting the line which needed to be drawn between religious freedom and acts of discrimination. In her dissent, she argued that the refusal fell under the umbrella of discrimination because the same service would have been provided to another customer and that the same-sex couple had been denied “for no reason other than their sexual orientation, a cake of the kind he regularly sold to others”. Despite the disappointing outcome of the hearing, RBG’s fight against the discrimination faced by the LGBTQ community has gained more ground in the ongoing battle for equality. 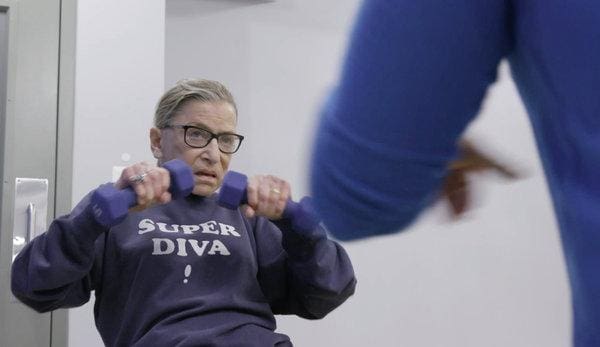 RBG is a pop-culture legend, no doubt about it. She appears on everything from aprons and t-shirts to various memes and even tattoos. ‘I dissent’ and ‘you’ve been Ginsburg-ed’ are commonly used as a homage to her fierce attitude. Her nickname ‘Notorious RBG’, a play on rapper Notorious BIG, arose after a particularly scathing dissent focusing on voting rights in states with long histories of racial discrimination. The RBG Tumblr account skyrocketed in popularity among a young audience at the same time that Millennials began to be interested in politics. But it’s not just this that appeals to people. It’s her experience in social justice, her personal experience with discrimination, her attitude toward life and the fact that she has embraced her surprising journey to pop-culture stardom that make her a hero for so many people today. 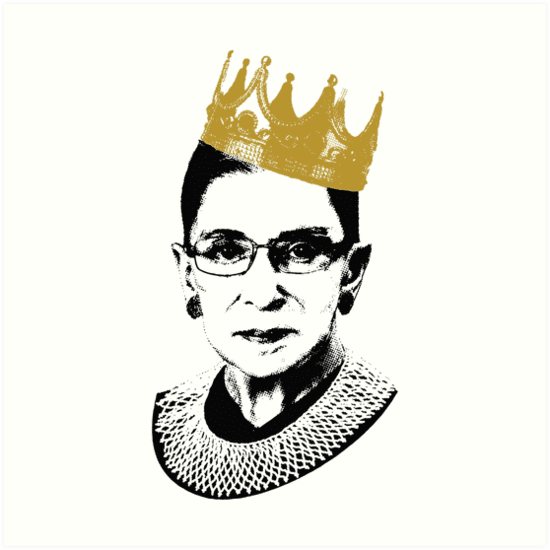 I don’t think one blog can really do justice to everything that makes RBG an Elastic Thinker. The qualities that run through everything that she does– dedication, determination and fairness in the face of difficult and controversial issues– is something that we should all look to incorporate in our lives, regardless of our views. We need more people like her to contribute to the goal of equality across all genders and races, and what better person to look up to than The Notorious RBG?