Every now and then, an established brand comes out with a really stellar, totally out-of-the-box new product or service, like when Amazon started selling things besides books. Remember when Coca-Cola debuted Cherry Coke? Or remember how we all thought Apple coming out with a phone was a little out there, but more than a decade later we’re all carrying one in our pockets?

Some ideas have success written all over them, and some… don’t. But how do you tell the difference before they’ve even seen the light of day? Besides research and focus groups, you can also look at historic examples and make sure you understand your target audience. Let’s take a look at some flops and failures from the last three decades and see what lessons we can take away: 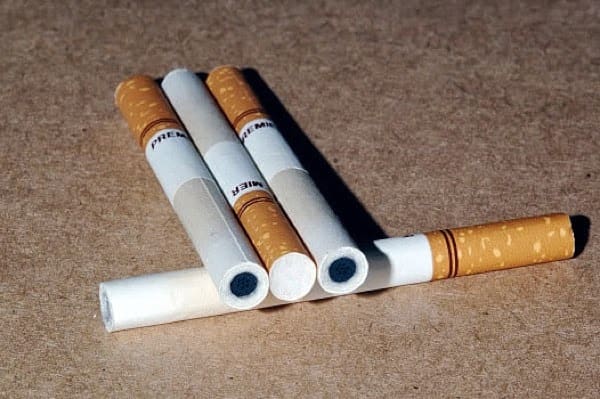 Back in 1988, smoking was slowly on the decline in the US, and tobacco brands were panicking. RJ Reynolds landed on a novel concept to entice new smokers: smokeless cigarettes. Premier smokeless cigarettes accordingly debuted in 1988, but after less than a year of production, were pulled from the market with the company’s CEO saying the cigarettes ‘taste like shit and smell like a fart.’ Total costs for the Premier boondoggle are estimated at nearly $1Billion, so next time an idea of yours fails, remember it could always be worse.

Fast forward to today, and the e-cigarette industry (basically smokeless cigarettes with the added bonus of being reusable) makes over $50Billion every year. Although e-cigs might soon begin to decline in popularity thanks to ever more stringent regulations, if there’s one thing we can learn from Premier’s ‘turd with a tip’ venture of the 1980s, it’s that even a good idea won’t take hold if users aren’t ready for it.

Ok, ok, we all know about New Coke, the disastrous attempt by Coca-Cola in 1985 to cash in on Pepsi’s customer base, whose tastes veered toward the sweeter flavour of Pepsi. The campaign promoting the new drink lasted for weeks before the launch, but it was only days after the new drink debuted that Coca-Cola knew they were in trouble. In what is often considered the highest-profile product launch disaster in US history, Coca-Cola was forced to re-release original Coke under the moniker ‘Coca-Cola Classic’ only 77 days after New Coke came out. Fun fact: this was such a big deal in the US that when the reversal was announced in July of 1985, national news interrupted television programming to make an emergency announcement telling viewers of the return of original Coca-Cola.

What can we learn from this? First of all, no one at Coca-Cola headquarters was fired over the misstep because, well, it wasn’t really a disaster. Short-term sales losses were counteracted when the original formula returned. Had the company held any individual responsible for the failed launch, they would have pushed the idea that innovation wasn’t valued at one of the world’s largest and most recognisable brands—a death knell for any company who wants to keep their most valuable employees. Thirty-four years later, New Coke made headlines again this year when it was re-released in the original packaging to coincide with series 3 of Netflix’s Stranger Things, set in the summer of 1985. So maybe what we should really learn from this is that tying a ‘failed’ product to a runaway hit TV show guarantees success in the long-term, even if you’ve faced failure at the outset. 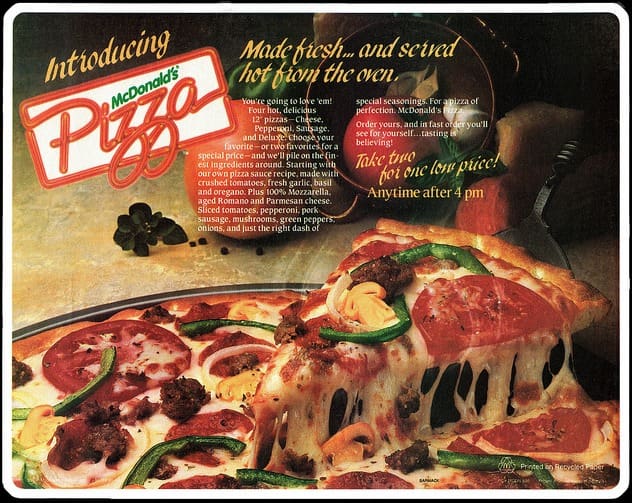 Did you know McDonald’s once tried to start selling pizza? It’s not as stupid as it sounds—back in the 1980s, McDonald’s was nearly twice as big as its next largest competitor, but nearly all of its business was done before 4pm. The last time they had noticed a lack of business during specific mealtimes, they debuted their now-staple breakfast menu in the mid-1970s, so it was only natural that they’d expand their menu into more dinner-friendly ideas. They launched a family-size, fresh from the oven pizza in 500 test markets to trial the idea… but, in a turn of events that seems obvious in hindsight, it failed miserably—and quickly.

McDonald’s is known for one thing above all else: fast food. And the problem with pizza is simple: it’s either good, or fast. But it can’t be both. The 11-minute wait time between ordering and noshing meant it didn’t make a lot of sense with McDonald’s brand proposition. The lesson here is clear: don’t throw away the brand you’ve worked so hard to cultivate just to test something that doesn’t align with who you are. Some ideas are incompatible with your core brand, and that’s ok.

In the early 1990s at the height of the ‘clear craze’, Pepsi had the bright idea to create a clear version of their cola that was also free of caffeine. In its first year on American shelves, Crystal Pepsi captured a full 1% of US soft drink sales (and was equally successful across Europe and in the UK, where it had been on sale for two years). But eight months into its successful sales run, Coca-Cola got worried (after all, this wasn’t very long after their unsuccessful New Coke launch attempt) and announced a new product of their own: Tab Clear. The Tab Clear marketing campaign was a ‘kamikaze marketing’ scheme: Coke knew their product wouldn’t succeed, so their goal was to take down their competitor’s product with it. Tab’s inferior flavour, confusing labelling and (as a Coke product) near-ubiquity across the US set it up to tank Crystal Pepsi—which it did, less than two years later.

The moral of the story is simple: if you have a really good idea, your competitors are going to be threatened—so make sure you have a plan for that.

Not all major product fails happen to American brands—the UK is just as likely to suffer from product flops, and recently, Tesco became one of the bigger players to fall victim to international marketing going awry. After 20 years of research, Tesco finally decided to jump the pond and open stores on the West Coast of the US. The problem? It was 2007. The US was on the verge of the worst recession in nearly a century, and the shops Tesco wanted to open were aspirational, high-end supermarkets. It was arguably the worst possible timing they could have chosen, but they compounded the accident of timing with an unfortunate error they could have easily avoided: they ignored their research. After spending untold sums on years of research, the brand didn’t put it to use, and the lack of knowledge doomed them almost before their doors even opened. Their research found that US consumers like to buy in bulk, but the shops opted to focus only on small packaged, individually-portioned goods. They had trouble finding real estate in the locations that they wanted, so they set up shops in low-income neighbourhoods—a major mistake for a high-end grocer. Perhaps worst of all, they stocked British-specific foods that weren’t familiar to Americans, which removed the last possible reason their target consumers had to go shopping there. In 2013, after paring back shops for the previous six years, it was finally clear that the plan wasn’t working, and Tesco closed the last of its US stores.

Tesco literally sent executives to live with families in California before opening any stores to make sure they understood their target demo… but when their audience research didn’t align with what they wanted it to be, they abandoned their research and went with their original plans anyway. Don’t make the same mistake: if your research indicates something different from your plans, first, make sure your research is correct and then, if it is, follow its findings or risk paying the price.

Launching a new product always comes with risks, but successful companies find a way to make the risks worth it. Audience research, knowing your base, using your strengths to your advantage and making sure there’s a marketable need for your product can all go a long way toward ensuring success pre-launch. But how do you conduct audience research that you know will work? Easy! You call Elastic and let us do it for you. Our expert team has the know-how to find, understand and reach your audience in ways that drive results for your brand, no matter what product you’re ready to launch.

Contact us today to find out how we can help your brand launch a new product—or improve your existing strategy!